Persia Digest
Home science A “gateway” to Mars? The amazing image taken by the Curiosity... 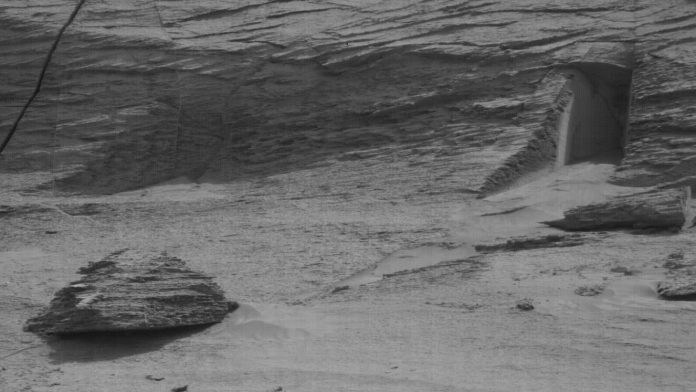 The shot, taken on May 7 on the Red Planet, shows a rock cavity carved into the rock. It could be the result of a landslide.

The Curiosity robot, which has been roaming the surface of Mars since 2012 on behalf of NASA, photographed a strange cavity in a rock wall on the planet on May 7. On social networks, many people mentioned “The Door”.

Specialized media Ciel & Espace commented on Twitter, “It is (maybe) not a strange door, but landslides after fractures in the rock.”

The second shot, this time showing the place in a wide shot, makes it possible to identify many other “doors”.

An explanation that did not prevent some from distracting cliches and making all kinds of montages.

Since arriving on the Red Planet on August 6, 2012, the Curiosity rover has shared impressive images of Mars. There are also two more NASA robots – Perseverance and InSight. Their presence notably made it possible to establish that the crater did indeed welcome a lake three billion years ago, fed by a river across the delta. The size of this Martian lake was comparable to that of Lake Geneva.

The discoveries of another rover, the Chinese Zhurong, for its part indicate that the water on the planet has lasted much longer than initially imagined by scientists, a study published Wednesday in the journal notes. science progressreported by CNN.

For its part, the InSight rover, whose mission is to study the internal structure of Mars, on May 4 detected a magnitude 5 earthquake on the planet. The largest ever discovered outside Earth.