Persia Digest
Home World Athena, Pope Francis obscured by the Orthodox priest: You are a heretic.... 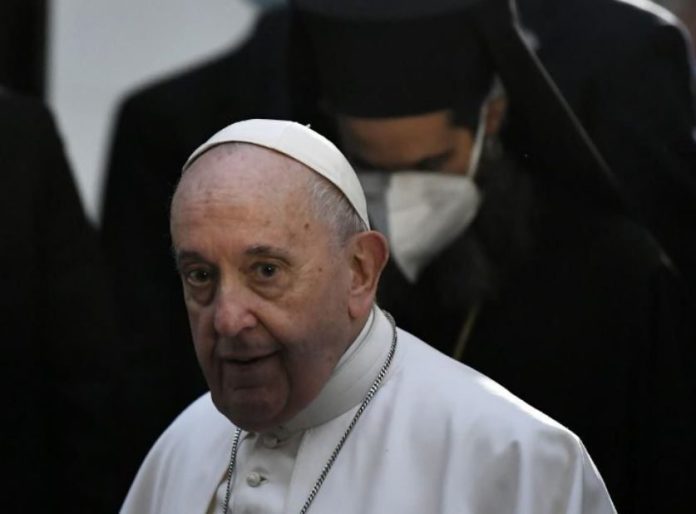 An Orthodox priest banned Pope Francis and verbally assaulted him during his visit to Athens. The religious accused Pope Bergoglio of “heretic”. The security forces removed the man.

Pope Francis was banned and signed by a Greek Orthodox priest shortly before he entered the diocese of Athens where he was supposed to meet Archbishop of Greece Ieronymos II. The police immediately removed the man. Greek media published a video clip of the episode, showing the man shouting in Greek at the Pope. “You are a heretic,” the Greek Orthodox priest had said before he was expelled by the security forces, Fortunately without further turmoil. The Pope continued to talk about the aforementioned schedule by meeting in private with the Archbishop of the Orthodox Archdiocese and then attending with the Athenian clergy before their followers in the “throne room”.

The head of the Holy See had arrived in Athens late in the morning after another disturbing incident occurred yesterday, Friday 3 December in Cyprus. In fact, security forces stopped and evacuated a man armed with a knife who tried to enter the stadium where Pope Francis’ mass was scheduled. The 43-year-old was soon dealt with and arrested. It is not yet known the motive or intent with which the detainee tried to storm the stadium. No details of his identity were revealed. And outside the stadium also several banners against Pope Bergoglio. The posters carried the slogan “The Pope is not welcome.”

Today, despite the incident, Pope Francis met with Foreign Minister Nikos Dendias, President of the Hellenic Republic Ekaterini Sakellaropoulou upon his arrival for the welcoming ceremony. Then the date was also set with Prime Minister Kyriakos Mitsotakis.