Persia Digest
Home entertainment Celine Dion: Who is Victoria Seo, the singer who doubles as Valérie... 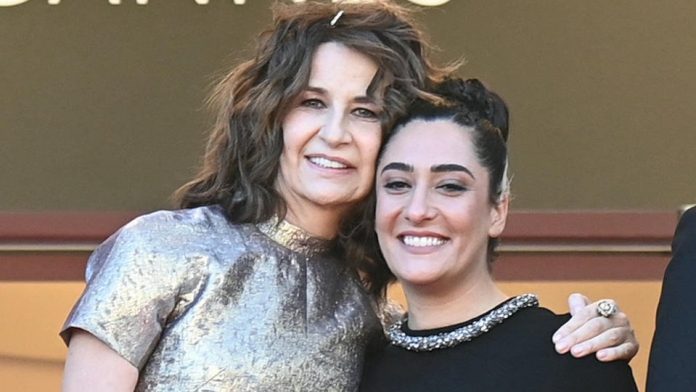 Valérie Lemercier is making use of a vocal double in Aline, a fiction inspired by the life of Celine Dion that will hit screens on Wednesday. This is the singer Victoria Seo.

If the name Lyonnaise of Italian origin, born on November 15, 1985, does not mean anything to you, then she is nevertheless little known to the general public, and even more highly prized by lovers of the varieties. The person who released an album on October 8 called “Tout est bon là” co-managed and arranged by artist Mosimann and from which the single was extracted from FMLP, already has a long career behind it.

Her real name Victoria Petrocello (also known by the pseudonym Victoria Cello or simply Victoria), the song attracted quite early on. At the age of only eleven, she participated in the Je passe à la TV competition, which she won twice in a row.

Then she became known through TV shows like Vivement dimanche or Faster Than Music on M6. Then in 1999, Didier Barbelivian wrote his first song: Le Desire de chanter, along with the title L’oiseau.

At only 14 years old, she represented France at UNESCO alongside Michel Legrand and Barbara Hendricks. Then Gerard Presgorvich wrote him the single “I Want Everything”. At the age of seventeen, she released her album Victoria under the artistic direction of Andrei Manoukian.

In 2005, she joined the troupe of the musical Le Roi Soleil, which was produced by Dov Attieh and Albert Cohen, along with Christoph May. In 2007, she interprets the French version of the credits of the American series Heroes. The following year, she released the album “Histoires de…”. Girlfriend of the late singer Moran, with whom Victoria sang several times on stage.

See also  Searching for an apartment or house in the video: Michel Boujna participates in a visit to the Stéphane Plaza

In 2013, it was the jury for season two of The Voice who charmed her with a touching interpretation of No more tears (Enough is enough) by Donna Summer during a blind audition, but was eventually eliminated during her life.

In 2016, she played Queen Anne of Austria in the musical Les Trois Mousquetaires. After releasing her single No More Fear last year, she’s now in for a very special rehearsal that audiences will find in theaters this Wednesday, playing the singing voice for the character performed by Valérie Lemercier, inspired by Celine Dion.

Chosen by the film crew from over 50 other contestants

Despite such a prestigious and well-equipped biography, she once again had to prove herself. “I went to see a friend on stage and sat next to Bruno Barbris, the director of this film. He asked me to send him demos for two of Celine Dion’s songs (My Heart Will Go On and Pour que tu m’aime encore, editor’s note), without explaining The reason. He just told me, “You stick to Celine’s explanations,” the singer recalled in an interview with Here.

I told her: I am not an imitator, I do not understand what you are asking of me! (Laughs). And I did it because I trusted him. Very quickly, I was called by the film’s musical direction for other studio auditions. There, she learns that a fictional movie is being shown on Celine Dion’s life and that they are looking for a singing voice for the film’s heroine, and thus Allen. In the meantime, there was confinement, because it was done at the beginning of last year, and I was called again in mid-May through production. I was chosen from among 50 French singers. They also went to Canada and the United States. ‘, she says, confident that singing like Celine Dion is not an easy feat. 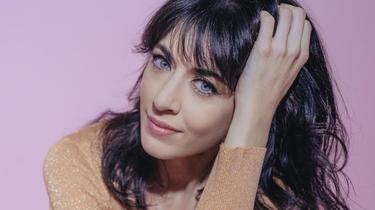 “I had pressure in terms of technique. It’s more of a soprano, I’m a mezzo-soprano, so my voice is a lot deeper than her. It’s true that in my songs, I don’t put myself in All By Myself notes every day (laughs)! So I wondered if I’d do that.” , but I love challenges. Once I knew I was selected, I forced myself to work like an Olympic athlete. I had 15 days to work on 16 Celine Dion songs.”

The challenge you finally faced with flying colors. “They called me in mid-May and early June, and we were in the studio for three months. The advantage was that I already knew a lot of Celine Dion’s titles. The songs in the movie are still popular, but I had to work on them. For 15 days, I worked non-stop writing A diary on the lyrics to see where she breathes, and how she was doing it. I had a bilingual English vocal coach. I trained Celine Dion’s backing vocals on tour, so I knew the character. She knew exactly what vocal warm-up I needed to prepare for. I also saw an audiologist To see if it would hold because it was intense!The on-screen score, disingenuous, emphasizes at all points the selection of Victoria Seo, the other star of this film in the form of a tribute to the Canadian star.