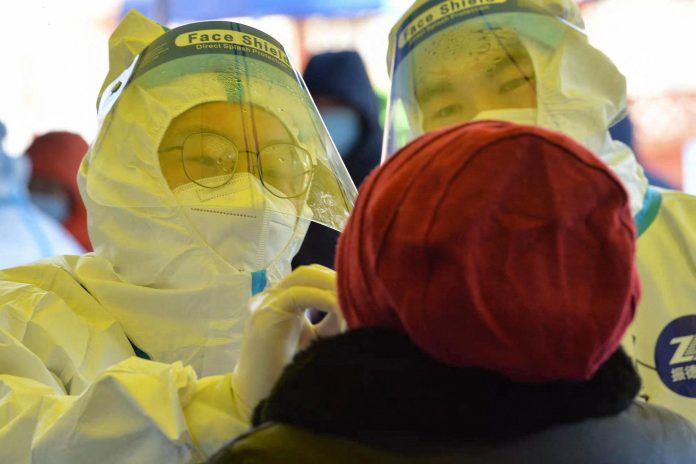 A new round of mass testing in Tianjin, the Chinese city of 14 million, just over 100 kilometers from Beijing, where an outbreak of the Omicron type of coronavirus has been identified. Omicron continues to worry authorities less than a month after the opening of the Beijing Winter Olympics.

33 cases of local transmission of the coronavirus were reported in Tianjin today. “All residents mobilized for a second test cycle” after the first “round” began last Sunday, which allowed the interception of “77 positive samples” from about 12 million samples, and reported that the authorities called on residents to stay at home, the Xinhua News Agency wrote. Waiting for results.

This morning the National Health Commission has reported a total of 166 confirmed cases of local transmission of the coronavirus through the Asian giant, 118 of which are in Henan Province (where Anyang is located, which has confirmed cases of the Omicron variant), as well as to Tianjin 33. The official bulletin also indicates 55 new “imported” cases and 32 cases related to patients who do not show symptoms. Since the beginning of the epidemic, China has confirmed 104,189 cases of Covid-19 with 4,636 deaths.

The butterfly that accidentally brought three other species to the Baltic...

“We hope for diplomacy, but we are ready for anything”