Persia Digest
Home science “Fortnite”: perhaps with a trick back to the iPhone 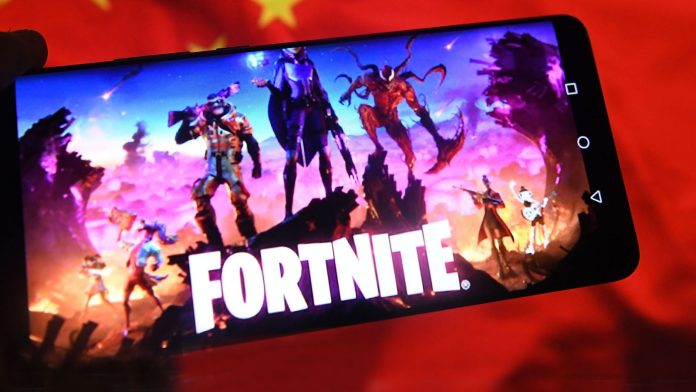 In August 2020, there was a major dispute between “Fortnite” developer Epic Games and Apple. The sticking point was the 30 percent revenue share that Apple requires from app providers in its App Store. When Epic installed an alternative payment method in its successful game Fortnite so that no commissions were due to Apple, Apple removed the Fortnite app from the store.

Hope for a big Fortnite fan base

But starting next week, there is hope for nearly 350 million “Fortnite” fans around the world that the game will be playable again on the iPhone. Streaming service Geforce Now wants to test a “Fortnite” version with touch controls for a small number of users. This was announced by chip specialist Nvidia as a launcher for Geforce Now.

The program runs on servers in the network

The trick is: when streaming, the games do not run in their own application, but in the Internet browser. This means that you can play the game on the smartphone screen, but the game software does not work on the cell phone, but on servers in the network. But it also means: a good internet connection is required for a good gaming experience, otherwise there will be lags when playing, which usually means that you lose in a game like “Fortnite”.

According to Nvidia, the test run should check things like server capacity, graphics, or the quality of the touch control. Only when the tests are completed should a decision be made on how to proceed.

The judge agreed with Apple

Without the technical gimmick, it is questionable when or even if the game will return to the iPhone. Because in a ruling announced in California last year, the judge agreed with Apple: Epic Games’ violation of the rules justified its expulsion from the App Store. Apple then announced that it would not allow “Fortnite” to return to the App Store for the duration of the appeal process in the case.

Nvidia: ‘Fortnite’ can also be streamed on Android devices

Incidentally, Google has also removed the game from its internal Play Store app platform for Android smartphones under very similar circumstances. However, apps from other sources can also be loaded onto Android phones. After a successful test, according to Nvidia, it will also be possible to play the game “Fortnite” using touch controls on Android in a web browser.

Xbox: Microsoft is testing a new night mode in the Alpha...