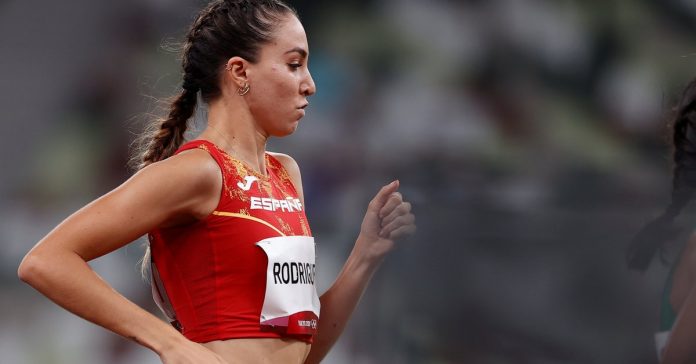 Spain’s Lucia Rodriguez competes in the first round of the women’s 5000m during the 2020 Olympic Games, on Friday at the Olympic Stadium in Tokyo (Japan). EFE / Juan Ignacio Roncoroni

Tokyo, July 30 (EFE). Madrid-born Lucia Rodriguez was eliminated in the 5,000m Olympic series despite hitting the best mark of her life (15:26.19), running alone in the second half of the title-winning race. Dutch top candidate Sivan Hasan with a time of 14:47.89.
With a mark of 15:33.62, 14th out of 19 in the first series, Lucía Rodríguez faced an impossible challenge: Finish fifth in the top five to overtake positions or catch one of the five qualifiers.
Japan’s Kaede Hajitani set the tone at a pace of 3 minutes, peeling the first two millennia, which did not disturb Sivan Hassan, who was fixed in the back of the group.
The Spaniards did not accuse him. In the middle of the race I was already in a quartet of lagging. She ran the last six laps on no man’s land, but without giving up, watching the stopwatch as it was running at rates unknown to her.
Escurialense finished 16th in her first Olympic trial and with a new personal best.

See also  What happened to Enrique "Baleta" Esqueda, the former US striker and Tigres

Magath wants to “intervene” in Augsburg: Boyata is on duty