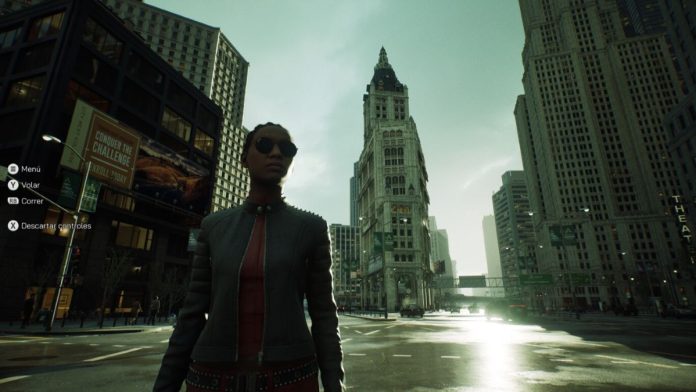 Madrid. – “Matrix Awakens” is the new demo about this iconic cinematic saga of the sisters Wachowski, It is now available for free on PS5 and Xbox Series and has astounded the world with the great realism of its graphics thanks to “Unreal Engine 5”, the latest and most advanced game engine from Epic Games.

“This is real? How do you know the real?” In the first installment of The Matrix, Morpheus (Lawrence Fishburne) said, “If you talk about what you can feel, what you can smell, what you can taste and see, then what is real are just electrical signals that your mind interprets,” a phrase that can now also be extrapolated to this title which has been Presented at a party The Game Awards were held in Los Angeles (USA).

The graphics engine “Unreal Engine 5” has taken a further development and manages, as in the movie itself, that the player wonders what is real and what is not because even the minute details take on an amazing dimension and give the feeling of being inside the movie with the original characters, as evidenced in the clip propaganda that is already circulating on the networks.

Created by members of the original film team, including Lana Wachowski, along with Epic Games and other contributors, “Matrix Awakens” also proves that “Next Generation” games are here, “a fast-paced journey into the surreal world of the Matrix with the performance of Keanu Reeves and Carrie-Ann Moss in the roles of New and Trinity,” Epic Games said in a statement.

The important thing isn’t the game itself, launching as a free demo for next-gen consoles, but “a vision of what the future of interactive content could be, from incredibly rich cities and environments to visually stunning displays and photo-realistic cinematics,” notes Lana Wachowski herself.

« With the launch of Unreal Engine 5, creators will have the ability to create rich and diverse worlds. For consumers and gamers, a new world of experiences is looming, and for all of us, the future of storytelling and interactive entertainment is just beginning,” the director adds.

The experience of being able to fly in the skies of New York is very reminiscent of a virtual tour with Google Earth, where every detail is taken care of in the Big Apple’s five regions, making playing it like actually traveling through the streets of the City That Never Sleeps.

“Carrie, Keanu and I have enjoyed creating this demo. Epic’s sandbox is very special because they love to experiment and dream big. Regardless of the future of cinematic narrative, Epic will play an important role in its evolution.” EFE