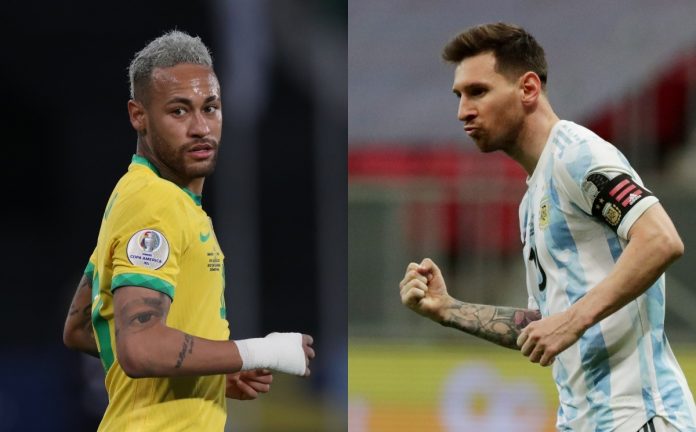 CONMEBOL announced on Saturday the election of Lionel Messi and Neymar are the best players in the Copa America This is disputed in Brazil.

The agency stated that it “selects Lionel Messi and Neymar are the best players for CONMEBOL Copa America 2021 To prove their different qualities in every game that make them players of integrity, of technical and tactical quality, intelligence with and without the ball and always making their decisions resolute.”

“They lead them to be the best players in the Copa America,” he added in a statement. “It is not possible to choose just one player because this tournament includes the best players.”

He emphasized that in addition to the scorers –Leo Messi scored four goals – both ‘leaders in assists’. And he stressed that “the Argentine has 5, and the Brazilian star provided 3 goals, which indicates how decisive they are on the field, during the 2021 South American Cup.”

GET (Technical Study Group) has concluded its work Analyze the positive impact of these great players on their teammates Selectionn And the reflection of the South American DNA present in every match they dispute with their national teams, makes Lionel Messi and Neymar deserving of this distinction,” he highlights.

The GET of Conmebol consists of the development directorate and coaches with a “historic path in South American football” such as Francisco Maturana or Gerardo Belloso.

“We have done tactical technical work for each team and player. The level shown in this competition, the finalists for this edition, shows that they have achieved a resounding success,” Peluso said.

GET will also select the eleven players with the most prominent footballers of the tournament, who will play Brazil and Argentina final on Saturday at the Maracana stadium in Rio de Janeiro.