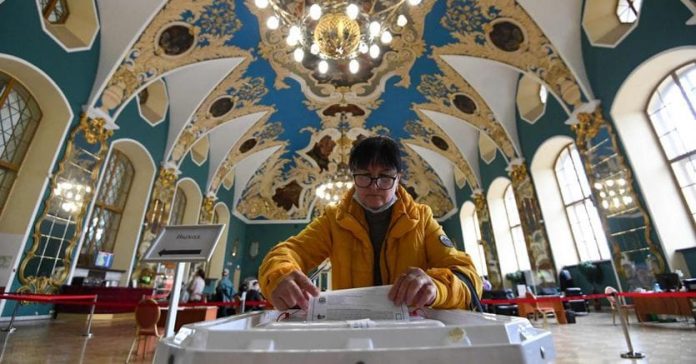 The leaders of United Russia declared that it was a “clean victory” already in the first hours of counting the results. In the center, on the stage, Moscow Mayor Sergei Sobganin mechanically explains the name of the president. But the party’s assertion of power in the Russian parliamentary elections, taken for granted by anyone, could not arouse much enthusiasm: Ednaya Rosega, United Russia, lost several positions compared to the 54% collected in 2016, despite the advantage that Indisputable candidacy. After eliminating the most annoying opponents.

On the night of his victory, Vladimir Putin—always too shy about a party he serves, but doesn’t like to get to know much—is waiting to put his face to it: he’ll talk to the country later. But Dmitry Medvedev, the party leader, and the main candidates Serge Lavrov and Serge Shoigu, foreign minister and defense minister are also absent. They are waiting to better understand the final picture: a much less consistent result than was assumed on the eve of that.

In the early hours of Monday, with 74% of the votes counted, the Central Election Commission of Ella Pamfilova allocated nearly 49% of the vote to United Russia (in the latest opinion polls, the party has fallen below 30%). In the back, less distant than expected and in a clear revival compared to the previous elections, the immortal Communist Party Gennady Zhuganov came in second with 20%: compared to 13.34% in 2016. It is a return on percentages maintained by the KPRF in the 1990s and to this day, The consensus for the communists is born among the most difficult income groups, due to the economic crisis exacerbated by the epidemic that does not give rest to Russia. But in the success of KPRF there is also the contribution of Navalnyj orphans, which the “Smart Vote” project directed to vote for the most suitable candidates for victory over United Russia. Most of them are Communist candidates.

New faces in the Duma?

With just over 5% of the vote (minimum entry to the Duma), another novelty is Novyje Ljudi, New People: a movement born in 2020, led by cosmetics entrepreneur Alexige Nechagiev. The party is liberal in orientation, caters to young people and small business owners, and is close to the Kremlin. According to the Alexei Navalnyj movement, a project was born to ride the same protest in part against bureaucracy and corruption and keep it in check, collecting the votes of voters who were not convinced by the unpopular candidates of United Russia, seeking training in which finds itself outside the “systemic” opposition to the communists and nationalists. Another possibility, for the liberal opposition front, was the Jabloko party of Grigorij Gavlinskij, which was again eliminated from the game and exited the State Duma without perhaps even 1% of the vote.

However, the picture drawn by the one identified is less clear than expected system elections: An exercise required by the Kremlin only to legitimize the assertion of a regime that does not accept alternatives by the population. However, the exclusion of the most honest opposition, the numerous reports of abuses that occurred during the voting process – documented by photographs of stuck ballot papers and clearly visible in transparent ballot boxes – and the suspicions of fraud circulating during the three voting days and the mysterious delays in the publication of voting results online in Moscow , who were usually not very enthusiastic about United Russia, all this was not enough to ensure the victory of the party.