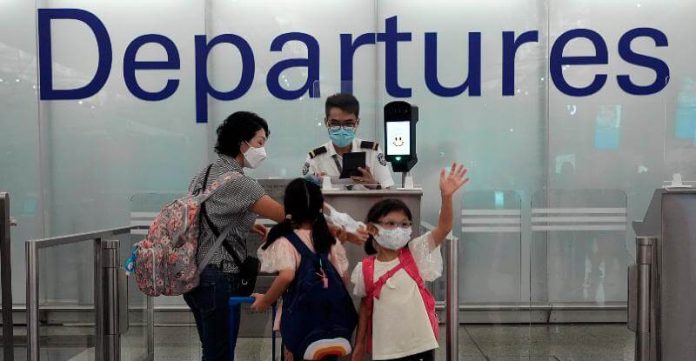 As is the case every year, the British consultancy firm Henley & Partners, which deals with services related to residency and citizenship policies, Collected List of the most powerful passports in the world, that is, those that allow you to visit multiple countries without the need for a visa or by filling out a visa form upon entry.

Henley’s “Passport Index” is not the only ranking of this kind, but this year there are particularly interesting data to take into account: if we take into account the travel restrictions imposed by the coronavirus epidemic, in fact, even passports in places first They have lost much of their importance.

Since 2006, the Henley & Partners Passport Index has evaluated passports from 199 countries and linked them to 227 potential destinations around the world. It is the longest running arrangement of this type and the only one Use the data From the International Air Transport Association (IATA) database, which is compared with cross-sectional searches to understand whether the passport allows you to travel to another country without a visa or with a visa on entry, or otherwise if it requires a mandatory visa before take off.

As usual in the ranking, passports from European countries occupy most of the top ten, but over time there have also been noticeable changes. For example, in the past decade, the Chinese passport has risen by 22 places, and at the moment – regardless of restrictions – allows visa-free access in 78 countries, while the UAE passport has risen from 65th place to 15th place, and It allows access to more than twice the number of countries compared to 2011. On the other hand, the countries of Africa and the Middle East occupy the last positions almost entirely in the ranking.

A passport can be more or less robust and varies in location from year to year, for example, based on the requirement of international agreements with other countries, but in practice, even external circumstances can contribute a lot to its ability to make its holder travel: Example, the fact that the movement of people is restricted due to a global pandemic.

To give an idea, in Henley’s ranking, Japan’s passport will be the most powerful of all because it theoretically allows visa-free or visa-required access to 193 countries. As Henley herself noted, in practice, travelers with Japanese passports can now travel freely without a visa in only 75 countries, due to restrictions.

With the restrictions caused by the epidemic, introduced in many countries around the world, the Singaporean passport – second in the ranking – allows you to travel to 70 foreign countries and destinations: that is, it will be as valid as the passport of the Dominican Republic, which is 79th in the ranking. 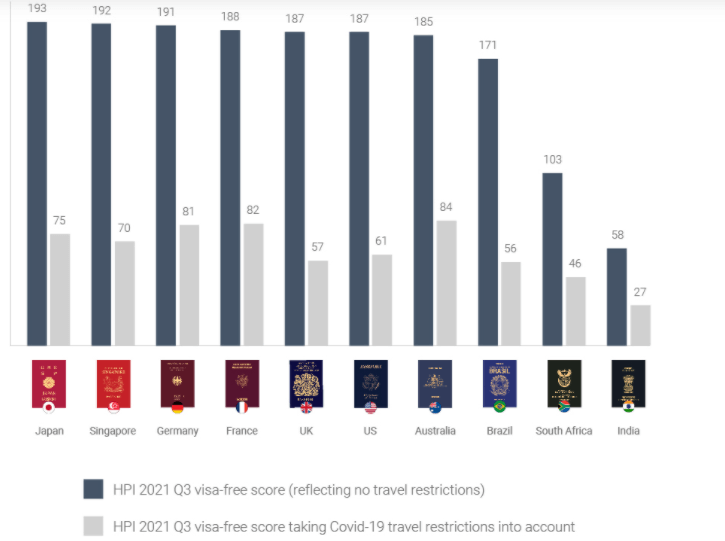 In addition to Henley’s “passport index”, there are also other ratings, such as that of a Canadian consulting firm Arton Capital, helping investors and states manage citizenship issues. Arton’s “Passport Index” was first created in 2014, and like Henley’s, it takes into account the passports of 199 countries with somewhat similar criteria, but does not use IATA data. Unlike Henley’s ranking, then, this year’s ranking has the count Of the factors related to the coronavirus pandemic, and in fact the final scores for 2021 are much lower than those that Arton set in 2020, which we talked about Who is the.

To give the idea, according to Arton’s “Passport Index”, German and Spanish passports are the second most powerful, on a par with the Australian passport, and today they allow you to visit 135 countries without certain restrictions: in 2020 they allowed you to travel without Visa in 172 countries. Given the current restrictions, Arton’s ranking in first place is the New Zealand passport, which allows you to go to 92 countries without a visa and in 44 countries with a visa on entry (a total of 136 countries). But in the latter places, the two rankings were identical: the Afghan passport is the least powerful of all, followed by the Iraqi and Syrian passports.

Il Responsabile di Henley & Partners, Christian Kaelin, he said to Bloomberg that with the restrictions caused by the coronavirus pandemic, global mobility will “would be seriously hampered at least throughout 2021”. According to some, there is also another problem associated with the pandemic that will increase inequality in terms of freedom of travel.

Commenting on Henley’s ‘passport index’, Robert Maciegoski, Head of Division at Swiss Insurance Partners, said, pointed out to the so-called “vaccination passports”. Maciejewski stressed that even if in most democratic countries there is no requirement for one to possess so-called “COVID-19” passports, which confirm the completion of the vaccination cycle, recovery or virus negativity, “perhaps no single will in fact, entail restricting freedoms personal, whether it is travel or daily activities.”

South African journalist Judge Malala said the topic of vaccination passports linked to vaccination campaigns would be increasingly discussed, and that this could help “highlight the divisions” between the world’s north and south. Kaelin himself, who came up with the idea of ​​passport classification, said that given the disparity in access to coronavirus vaccines, vaccination passports “will undoubtedly increase passport inequality globally.”

See also  Covid variant: What is the meaning of OMICRON and why two letters of the Greek alphabet have been skipped

Cerberus, alert for the new Covid variant. “Wave in Europe and North America in November”

Poland’s Constitutional Court has ruled that a part of the European...