Persia Digest
Home Tech A total lunar eclipse will occur at night from Sunday to Monday,... 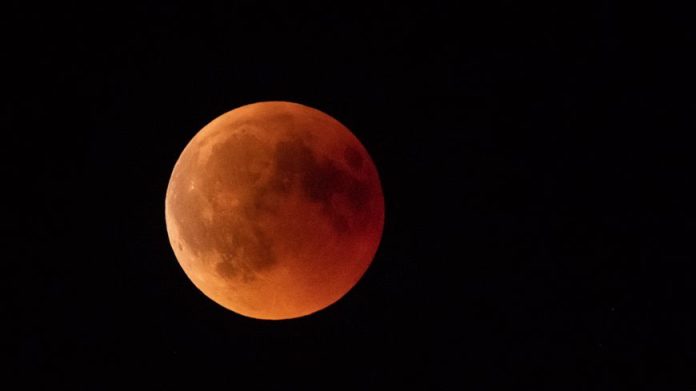 the moon It will gradually turn redFrom Sunday night to Monday. This is a total lunar eclipse. Indeed, during this celestial phenomenon, the night star loses its white glow but does not go out for all that. The eclipse will be visible from France between moonrise and sunset and will be visible to the naked eye. Unlike a solar eclipse, it is not dangerous to observe it without protection.

What happens during a lunar eclipse?

Lunar eclipses happen roughly twice a year The sun, earth and moon are perfectly aligned And the moon is complete. Then the blue planet’s satellite slips into the Earth’s shadow, which shields the sun’s rays. But why does the moon not disappear?

Atmospheric refraction occurs. The Earth’s atmosphere deflects solar radiation And the white light degrades. But there is also a “scattering” of light: when they meet the particles of our atmosphere, the rays scatter in all directions. However, the red radiation is the least deflected, giving the moon a glowing glow. “During an eclipse, the Earth can only illuminate the moon by re-emitting red rays”explains astronomer Florent Delively, of the Paris-PSL Observatory.

Where, when and how do you monitor it?

The eclipse will last about five hours, and its total phase – when the star is completely in the Earth’s shadow – is just over an hour. In mainland France, the eclipse will be total at the end of the night between 5:29 AM and 6:54 AM, with Max 6:11 Where the lunar disk becomes completely red.

In mainland France, it will be easier to notice the phenomenon in western France, where the sun rises later than in the east. The moon will be very low in the sky and to take full advantage of the eclipse, this will be necessary Choose a location where the horizon is “clear to the west”Florent Delively advises. “Watching from the West Indies or Guyana would be perfect, because the moon would be high in the sky,” observatory notes. If you’re outside, know that the eclipse will be visible from much of the globe, with the exception of part of Asia and Oceania.

To notice this, it is enough with your naked eyes. In fact, observing a lunar eclipse without protection is safe for the eyes. But you can use binoculars or a telescope to better appreciate it.

The next total lunar eclipse is scheduled for November 2022 in the central Pacific Ocean. In mainland France, the last date dates back to January 2019 and the next will not occur until 2029.

Microsoft confirms that the Windows Data Wipe Tool may leave some...