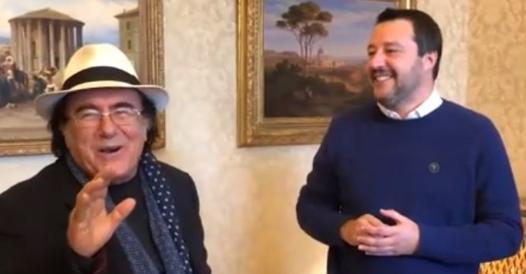 Judo diplomacy at work. between Matteo SalviniAnd the Victor Urban e Russian President Vladimir Putin Check out a totally unexpected broker name: to the bathroom. The World Judo Championship also opens on Sunday in Budapest, a martial art loved by Russian President Vladimir Putin, who has practiced it for decades. Moscow’s leader will be on the Danube to support the Russian team and applaud him. With him will be the host, Hungarian Prime Minister Viktor Orban. To sing Anthem of the International Judo Federation (IJF)We’ll have the pano, but this is not at all a surprise. The popular singer will participate in the ceremony in two capacities: in addition to the translator, for two years, of the official anthem, and the anthem of the Judo Ambassador, a sport he is also very passionate about.

But there may also be a third. Do you want to see that a sporting event could be an occasion for a long-awaited face to face between the Russian president and the leader of the Northern League? when Salvini went to Moscow in 2017, Actually, Foreign Minister Lavrov met, but not the president. Work crew Salvini is not unbalanced Encounter is defined simply as “possible”. In fact, the Sherpa could be Al Bano. Who also knows Salvini well because when the leader of the Northern League was a minister, he went to Viminale to represent him on some issues related to wine, for which he was a producer.

On that occasion, they threw themselves together into a mix One of the songs of the Boolian artist whose videos continue to circulate In a phone call, Albano confirms that “he was appointed by the president of the Austrian federation Marius PhaserTo invite Salvini for a date. ” But more cannot be taken from him: “I did what I had to do. If Salvini will go, we must ask him. ” In fact, he seems to understand that Salvini’s employees are just trying Assess whether there is really a possibility to meet with the Russian president. Until yesterday evening, there was no certainty.

Natalie and Mordi, in Istanbul at the weekend, arrested after taking...