Persia Digest
Home Economy Amazon employees decry: ‘I was fired by an algorithm’ 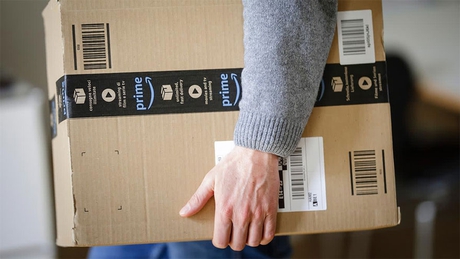 Drivers who work for Jeff Bezos sign up, get vetted, and even get fired without any human intervention.

Amazon US delivery people know this and are used to it: they can be Launched by an algorithm.

At the e-commerce company founded by Jeff Bezos, artificial intelligence (AI) can determine that you are doing your job poorly and send you an email telling you not to come back.

As reported by Bloomberg, the A fleet of Amazon Flex delivery drivers can be hired – and run – by algorithms.

To ensure same-day and other deliveries arrive on time, Amazon uses millions of Outsourcing drivers for the Flex delivery program, which began in 2015.

Drivers register via a smartphone app where they can choose work shifts, coordinate deliveries and report problems. But relying on technology does not end there, because it is Monitor their performance and I know Fires using algorithms without human intervention.

These persons agree to be monitored by the Amazon system for a salary of $25 an hour.

The fear that automation will kill our jobs usually refers to the use of intelligent machines and systems that perform better than humans; No literal fear from what A machine kicked you out. But that’s what veteran Stephen Normandin, 63, told the US news agency. This delivery man’s style is, in his own words, “old school”, giving “110%” in his job; But the systems that monitor the performance of Amazon employees haven’t interpreted it the same way.

Normandin accuses Amazon of punishing him for problems that were beyond his control; Like the cases where he was unable to deliver the parcel due to the closure of the apartment complex. For Amazon systems, conditions do not matter, it is only counted because the package is not delivered, the culprit is the one who delivers

According to Bloomberg, the system can often fire workers for no apparent reason. One worker said her rating (ranging from great, great, fair or at risk) fell after she was forced to stop deliveries because puncture tire your car. Subsequently, he was able to raise it to a ‘Great’ rating for the next several weeks, but his rating Account finally canceled for violating Amazon’s Terms of Service. She challenged the dismissal, but the company did not want her back.

“When there is a problem, there is no support. You are against the machine, so you don’t even try to defend yourself.”, worker complains to the same means. Another driver was unable to deliver packages to an apartment complex because it was locked and the door was locked, and residents did not answer the phone. In another building, the Amazon box office did not open. His rating also dropped and he spent six weeks trying to raise it, only to be fired for falling below a mark.

If a driver thinks he was unjustly kicked out, many people think so There are not many resources either. In the United States, drivers must pay $200 to object to any layoffAnd many said it wasn’t worth it.

Amazon said the drivers’ allegations of abuse and unfair termination were anecdotal and not representative of the experience of the vast majority of Flex drivers. “We’ve invested heavily in technology and resources to provide drivers with insight into their condition and eligibility to continue with deliveries and investigate all driver appeals,” spokeswoman Kate Kodrina told Bloomberg.

Musk’s plans for Twitter: what is known so far