Persia Digest
Home Economy Aston Martin prepares for its powerful debut at the Goodwood Festival of... 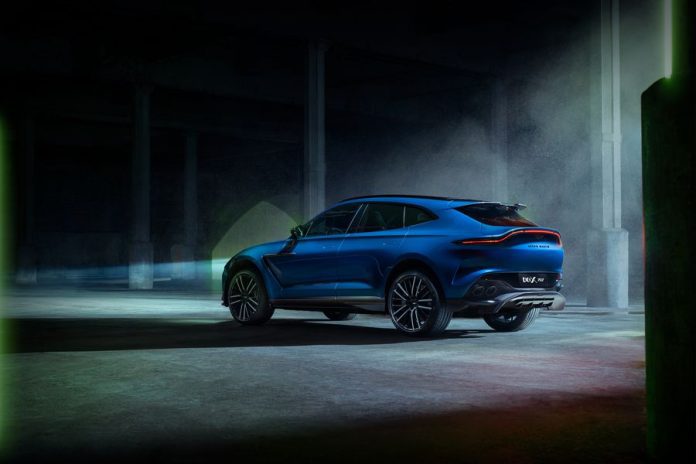 The traditional Goodwood Festival of Speed ​​returns to its traditional luster and will take place between Sunday 23rd and next Sunday 26th June, bringing back not only audience attendance, but also its traditional month, which has been happening since 2016. We must remember that the big event has been suspended. In 2020 due to the pandemic, and last year it was held without an audience.

One of the protagonists of the UK’s most relevant events, where manufacturers, enthusiasts and coaches gather to showcase their new cars or world classics to the world, will be Aston Martin, which has already announced three novelties for the British event.

“We look forward to celebrating the new performance era of Aston Martin at Goodwood and showcasing our impressive range of iconic ultra-luxury models, including the first-ever chance for the public to see the V12 Vantage in all its glory and the chance for the DBX707 to demonstrate the full potential of the world’s fastest and most powerful ultra-luxury SUV, when it climbs The famous mountain,” said Renato Bisignani, Aston Martin Director of Marketing and Global Communications.

The new V12 Vantage engine is the pinnacle of superior performance and exciting driver-focused dynamics, and after unprecedented demand, all 333 models of this latest edition were sold out prior to launch. This public dynamic car will make its debut at the popular Goodwood Hillclimb on Thursday, and will continue to thrill crowds throughout the weekend.

Among the most prominent brands that the British manufacturer will have, the DBX707 will be the fastest and most powerful luxury SUV in the world, powered by a powerful 4.0-liter bi-turbo V8 engine with 707 hp and 900 Nm of maximum torque. This model is able to go from 0 to 100 in just 3.3 seconds. This Aston Martin will definitely look the part while setting great times on its ascent.

One of the cars on display is the Aston Martin Valkyrie, whose powerful 6.5-liter V12 engine producing 1,160 horsepower generates an impressive sound and stunned large crowds at the supercar circuit last year. With customer deliveries now underway, the English brand’s innovative supercar is back to take the climb once again, this year driven by WEC racer Peter Dombrick; Ex-factory driver for Aston Martin Racing.

That’s not all, as last year Aston Martin returned to Formula 1 and will showcase the brand’s Vantage F1® Edition. This will be joined by the V12 Speedster in the classic DBR1, one of only 88 parts built, along with the beautiful and brutal DBS and DB11. The Aston Martin and Pro Superior AMB001 bikes will also make their hard-working debut at Goodwood this year.