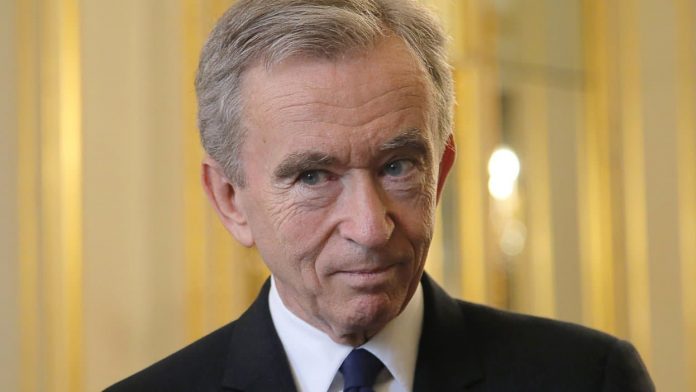 In early June, G7 Finance committed to the goal of setting a minimum global corporate tax rate of “at least 15%”. A tax that targets GAFA directly but will not change the situation, the LVMH chief believes.

A sword in the water? syour RTL, The head of the LVMH, and the second richest person in the world, Bernard Arnault, was skeptical about the effectiveness of the global minimum tax, set by the G7 countries, at the beginning of June. Major wealthy nations, including the United States, have agreed to a minimum corporate tax rate of 15%, implicitly targeting digital giants.

But this decision, as it is, does not change the situation, believes the head of LVMH, who evokes the “adverse effects” of the project.

“If I understand correctly, it is about getting these Ireland-based companies to pay tax in Ireland and not in France,” he explains. “American companies will pay this additional tax in the United States when what seems to me justified is that the tax should be paid in France on profits made in France.”

In fact, the G7 agreed on two pillars enshrined in the reform of the Organization for Economic Cooperation and Development. The first is a better distribution of “tax rights to at least 20% of profits” to the 100 largest global companies with profit margins in excess of 10%, most of which are digital giants. The other pillar is global corporate tax with a minimum corporate tax of at least 15%.

This reform is supposed to put an end to tax dumping that allows companies to shift their profits around the world to countries where taxes are minimal or non-existent. And so, for several years, GAFA (and not just them) has paid little or no tax in France, choosing to declare its earnings in Ireland, for example, where the tax rate is among the lowest in Europe.

In fact, the minimum tax would make sense if it were applied to all countries. This is the session of the next G-20, on July 9-10 in Venice, where it will be necessary, for example, to persuade China to join the movement. But even within Europe, the question is up for debate. Thus Ireland has no intention of raising its nominal rate on companies by 12.5% ​​(the real rate is much lower thanks to the exemptions).

So the question posed by Bernard Arnault is about the rebel: What do you do with countries that keep their taxes too low? The consensus is that the company’s home country taxes teams directly. For example, if a US company moves to Bermuda at a very low rate, Washington may tax the difference as high as 15%.

Alfa will suggest a branch of Axtel – El Financiero