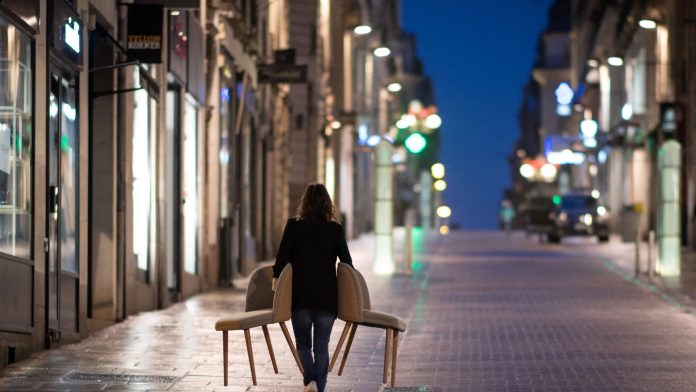 The new Health Defense Council is being held on Monday, five days before New Year’s Eve, against the backdrop of a very large spread of the virus and an increase in the strength of the Omicron variant.

In the face of the spread of the Omicron variant, which is considered more contagious than previous strains of Covid-19, the Executive could take new measures to prevent December 31 from being a carrier of a greater number of infections and halt the progress of the Omicron variant. On average over the past seven days, nearly 70,000 positive cases of the virus were detected daily.

A moment of coexistence, the year-end celebrations also chime in with a great mix of people, who meet and sometimes move from one area to another to find their loved ones.

Two days after Christmas, the Health Defense Council meets on Monday at 4 p.m., in front of the Cabinet that will follow suit by step. While many topics have to be discussed, such as postponing the start of the school year, other New Year’s Eve topics are being studied.

The executive branch will notably discuss imposing a curfew on December 31. This measure was actually taken last year and was implemented every evening at 8pm during year-end festivities, with the exception of Christmas Eve.

However, this is just a hypothesis that seems unlikely at this point, according to information from BFMTV.

Consider restrictions on bars and restaurants

Also at the executives table, bars and restaurants close outdoors. This path was already taken during the last Health Defense Council but was not maintained because Emmanuel Macron was reluctant to impose new restrictions on the catering sector, which was already severely affected by the health crisis.

If these measures are taken on Monday, they will join those already announced by Jean Castix and Health Minister Olivier Veran before the end of the year-end leave. The ban on the sale of food and alcohol on public roads and the abolition of traditional New Year’s Eve fireworks have been noted.