Persia Digest
Home Economy Barrier-free tolls will be levied by the end of 2024 on motorways... 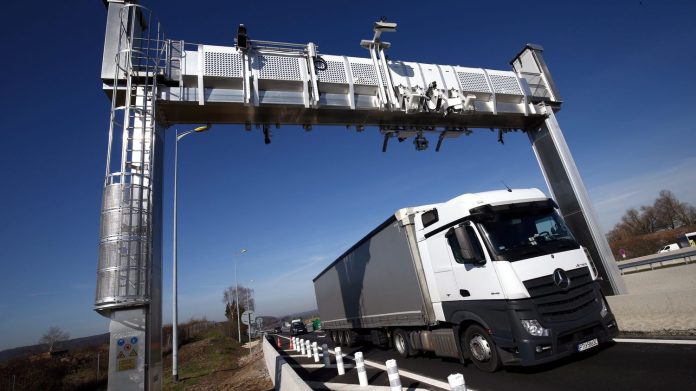 Users will be able to travel at the authorized speed on the highway without slowing down or stopping by passing under these gates equipped with cameras and sensors that identify vehicles.

Cars will be able to pass without stopping at the toll booth at the end of 2024 On motorways A13 and the A14 that connects Paris to Normandy. The Société des Autoroutes du Nord et de l’Est de la France (Sanef) announced on Wednesday, December 22nd that their passage will indeed be detected by sensors on gantry cranes. The highway company said in a statement that users will be able to travel at the speed allowed on the highway without slowing down or stopping by passing under these gates, which are equipped with cameras and sensors that identify vehicles.

Their account will be automatically debited if they sign up for an online payment. If they aren’t, they can either register their license plate on the Sanef website or app, or pay after they’ve gone through the phone, online, or at a physical terminal. Promises La Sanef Save time, save fuel and reduce carbon dioxide emissions into the atmosphere.. It is currently necessary to make four stops when passing between Paris and Deauville and five times between Paris and Caen on the A13 motorway, as weekend traffic jams are legendary.

Sanef has been experimenting with this formula since March 2019 at the Boulay Moselle junction on the A4 motorway. “The technology system has proven its reliability and customers have become familiar with this new payment system”, Emphasizes.

See also  In the United States, you can drink a bottle of Oreo-flavored red wine for $12.

On the A13 and A14, work will continue until 2027 with the destruction of the existing toll barriers, part of which – 28 hectares, or the equivalent of 40 football fields, according to the company – will be returned to nature. The investment is valued at approximately €120 million, a quarter of which will be covered by an annual tariff increase of 0.22% for a period of three years, effective February 1, 2022.