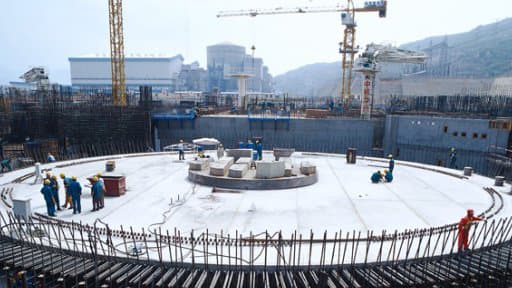 Framatome, a subsidiary of the French EDF group that was involved in construction, announced that it is monitoring the “development of an operating standard” for the Taishan nuclear power plant in southern China. The EDF reports an increase in the concentration of “rare gases” in the primary circuit.

What exactly is happening in southern China? Framatome, a subsidiary of France’s EDF group, announced Monday that it is monitoring the “development of an operating standard” for the Taishan nuclear power plant in southern China. After CNN reported a possible radioactive leak at the site.

The plant is “in its operation and safety licensed,” as stated in a statement to AFP Framatomi, which was involved in building the plant. Then the EDF continues, indicating an increased concentration of “rare gases” in the initial circuit.

The Taishan reactors are the only two reactors that have entered service in the world so far. Other units are under construction in Finland, France and the UK.

CNN, on the basis of a letter sent by Framatomi to the US Department of Energy, reported a possible “leak” at this plant, which includes two French technology EPR reactors, built by EDF.

However, according to the US channel, Chinese safety authorities have also raised the acceptable limits for off-site radiation to avoid having to shut down the plant.

The French company said that “Framatum provides support for the analysis of the development of one of the operating standards for the Taishan Nuclear Power Plant”, without talking about any leakage or mentioning which of these “standards” were detected.

“Based on the information available, the unit is within the authorized operation and safety area,” it added, without further explanation.

See also  Inflation in Colombia in June was -0.05%

“Currently, continuous monitoring of environmental data shows that the environmental indicators of the Taishan Nuclear Power Plant and its surroundings are normal,” said the Chinese group, which did not respond to requests for information from AFP.

The Chinese Foreign Ministry also did not respond to AFP’s requests.

In France, the government, the Atomic and Alternative Energy Authority (CEA), the Nuclear Safety Authority (ASN) and the EDF did not immediately comment. The two Taishan units started operating in 2018 and 2019.

EDF 30% of the joint venture shareholders

EDF is a 30% shareholder in the joint venture responsible for building and operating these two reactors with a capacity of 1,750 MW each. Chinese groups CGN and Guangdong Energy Group hold stakes of 51% and 19%, respectively.

It is noteworthy that China has about fifty reactors in operation, which makes it the third in the world after the United States and France.

Internet Fund: SFR Fiber to enter for 16€ per month