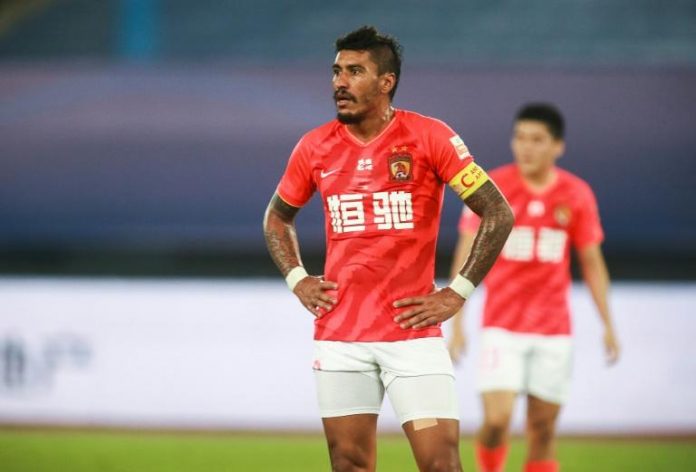 The Guangzhou-based club has announced that Brazilian footballer Paulinho has left Guangzhou Football Club after an amicable agreement because he could not return in time to start the Chinese Super League season.

The former Barcelona midfielder, considered by many to be the best foreign player in Chinese Super League history, has left the club coached by Fabio Cannavaro after playing 176 games and scoring 74 goals in two successful seasons.

Paulinho missed the start of the season in April because he was unable to return to China due to severe entry requirements due to the COVID-19 pandemic.

“After friendly negotiations, our club and Paulinho officially canceled the contract,” said a statement issued by the Guangzhou Football Club on Sunday evening.

Paulinho, 32, joined Guangzhou from English club Tottenham in 2015 and his performances in the Chinese Super League led to a €40m transfer to Barcelona two years later.

He played a season with Barcelona and then returned to Guangzhou, with whom he won the Asian Champions League, three league titles and the FA Cup with the club.

The Chinese press covered the Brazilian soccer player with praise on Monday.

Soccer News said he was a foreign “model” and internet platform Tencent described him as “the best foreign player ever”.

Thus Paulinho joined the list of great foreign players who left Chinese football at a time when clubs were tightening their belts.

The Brazilians Anderson Talisca, Hulk and Alex Teixeira, along with Italians Graziano Belli, Stephan El Shaarawy and Eder, have left since last season.

See also  Christoph Galtier after Nice's defeat by Metz: 'We have to change things'

Tennis surprise: Zverev fails in Munich because of Ron