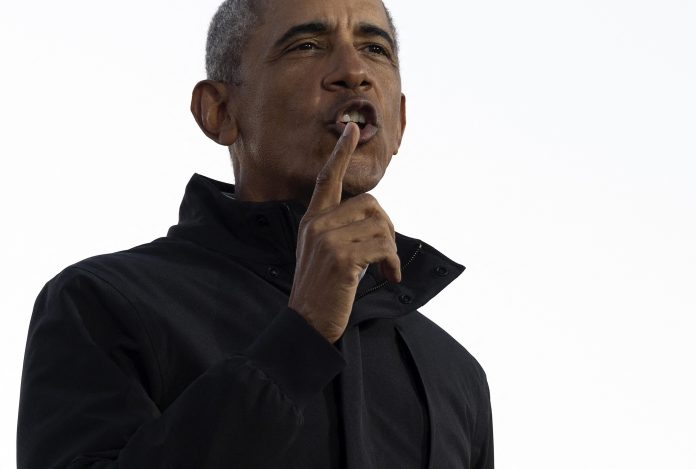 As the “son of Hawaii,” Barack Obama has raised alarm bells on the islands, “which have never before been threatened” by climate change. In a speech at the ongoing COP26 in Glasgow, the former US president said there was no such ambitious deal in Paris in 2015 if the islands had not been heard. But “we haven’t done enough and our islands are more threatened than ever,” Obama raised the alarm, saying he was then proud that the US administration and President Joe Biden were giving the issue the “attention it deserves” with their commitment. $3 billion to support countries most vulnerable to climate change.

“We all have a role to play – continued the former US president – we all have work to do, sacrifices to make, but those in the big rich countries have the extra burden of ensuring that we work and help. Those who are less responsible and less able But they are more vulnerable to this crisis.” The islands are “in some ways like canaries in the coal mines,” he said, the alarm bell that warns, “If we don’t act now it will be too late.” Then Obama concluded his speech with a Hawaiian proverb: “United to move forward.”

“We are not even close to where we should be: to start, despite the progress represented by the Paris Agreement, a significant number of countries have failed to comply with the action plans adopted six years ago,” Obama said again. There are times when I am frustrated, and I doubt that humanity will be able to act before it is too late.” “But – added the former US president – ​​when I am deeply disappointed, I remember that sarcasm is the refuge of cowards: we cannot afford to be hopeless.”

“It was particularly disheartening to see the leaders of two of the biggest polluters, China and Russia, refusing even to get involved in the work,” he said, stressing that the “national plans” of these two countries “reflect what appears to be a serious lack of urgency” in tackling the climate crisis.

Astrazeneca, a vaccine against the South African alternative by the end...