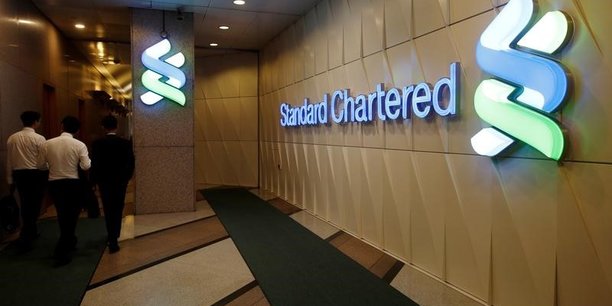 Angola, Cameroon, Gambia, Sierra Leone and Zimbabwe. The British banking giant announced in a press release Thursday, April 14th that these are the five African markets from which Standard Chartered will be withdrawing entirely. In two other markets on the continent – Ivory Coast and Tanzania, the London-based group will abandon its retail banking and corporate banking activities. “As we announced earlier in the year, we are focusing more on the most important growth opportunities while streamlining our business.”said Bill Winters, CEO of Standard Chartered.

This decision, as the British Banking Group explains, is driven by its desire to redirect its African investments to countries with the greatest potential for growth and growth. In fact, the five deserted souks, to which we must add Jordan and Lebanon in the Middle East, were only born About 1% of the group’s total revenue in 2021 and a similar percentage of profit before tax”.

However, Standard Chartered says it is still standing ” agitation “ From Africa as the Bank continues to identify opportunities. And soon the Egyptian subsidiary will be born, as the British banking group recently obtained a license.

The battle for buyers continues

The withdrawal of Standard Chartered also means the takeover of these assets by one or more other banking players on the continent. Like BNP Paribas two years ago who finally sold its assets to Burkinabè Simon Tiemtoré, head of Vista Bank Group, it would not be surprising to see some African bank chiefs interested in future former branches of Standard Chartered.

Wally Funk, the 82-year-old pilot who will go to space with...