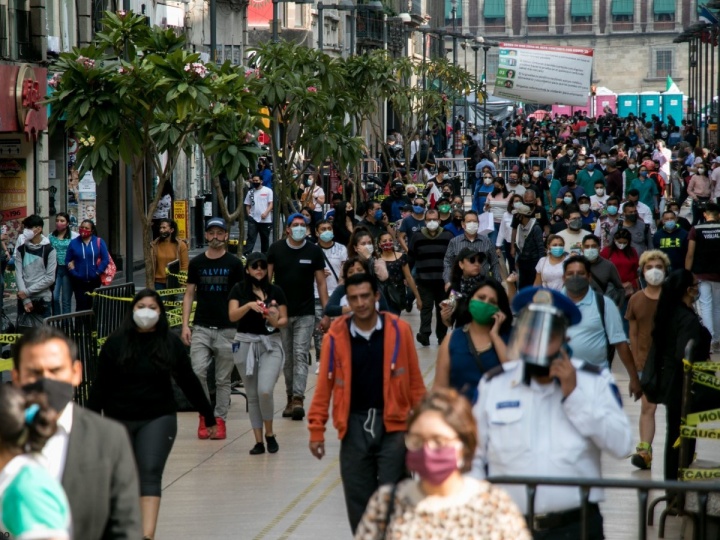 The Mexican Institute of Financial Managers (IMEF) expects the level of economic activity to recover by the end of 2022, with a growth of 2.9%; However, the recovery of per capita GDP will continue until 2026.

Using the GDP growth forecast from the IMEF National Commission for Economic Studies, the level of economic activity that was at its most recent peak, i.e. in the third quarter of 2018, will be reached at the end of next year, without. “We estimate that the moment when GDP per capita recovers to its peak in 2018 will occur until the beginning of 2026,” said Angel García-Lascurain, President of IMEF.

The previous assumption is that GDP growth is constant and that by 2024 it will reach a rate of 2.3 percent.

The head of the International Monetary Fund explained that the decline observed in the economy in the third quarter of 2021, along with weak consumption, weak domestic demand and low levels of investment, makes the economy take longer to recover than expected.

The most dangerous, he said, is the decline in per capita GDP and the purchasing power of the population, which indicates a general impoverishment, due to low economic growth and last year’s crisis.

Gabriel Casillas, Chairman of the IMEF Economic Studies Committee, pointed out that GDP per capita is when the total value of all final goods and services produced by the economy in a year is divided by the entire population of the country.

According to estimates by the Organization for Economic Co-operation and Development (OECD), Mexico’s GDP per capita will be about 11 percent growth in 2030, and by 2060 it will be 1.5 percent.

The International Monetary Fund cut its growth estimate for 2021 from 6.1 percent, ahead of the new forecast of 5.8 percent.

This is due to the fact that there was a deterioration in global and local epidemiological conditions during July and August, and it only improved in September; As supply constraints continue, especially the limitation of car production.

Meanwhile, there is greater pressure on prices, which highlights the increase in raw material prices in international markets, which may affect the purchasing power of households.

Manufacturing has been affected by ongoing supply shocks, including an extension of past problems, such as semiconductor shortages, longer delivery times due to raw material shortages and increases in freight costs due to power shortages and port closures in China. This situation has led to some downward adjustments in analysts’ growth estimates for 2021, García LaCorin said.

With regard to inflation, the Institute of Finance expects it to continue its upward trend despite the relative stability of commodity prices at the international level, due to the accumulated pressures and bottlenecks in supply chains, which will continue to affect prices for consumers.

An additional upward adjustment to holiday sales cannot be ruled out, as several companies have expressed concern that they may not have enough stock for the season. He cautioned that given the relative persistence of these factors, inflation risks are still biased upwards.

These are some of the properties that Jeff Bezos owns in...