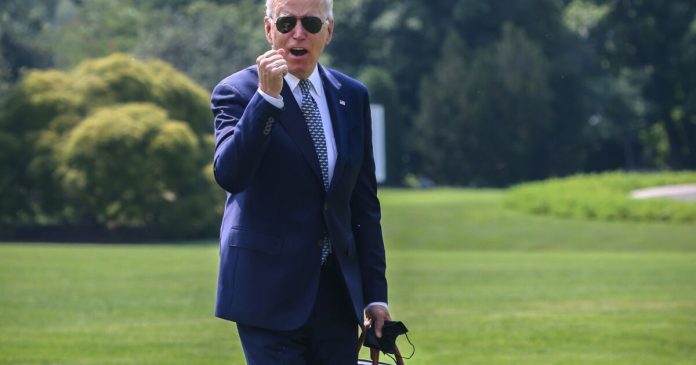 After months of negotiations, this package that the White House called “historic” was approved by a simple majority, with the support of many Republicans, an unusual fact in a polarized Congress. The package went ahead by 69 votes to 30 against.

The initiative, which if materialized would be the largest investment in public works in the United States in 10 years, will now return to the House of Representatives, where in recent weeks critical voices within the Democratic Party have emerged that believe it is insufficient, before he was signed by Biden.

Now, the future of this plan looks more uncertain in the House of Representatives, where divisions have arisen within the narrow Democratic majority, between the left and the center. Negotiations are likely to be tough, and the final vote in Congress won’t take place until the fall.

As a result of an extraordinary settlement between Democrats and some Republicans, the infrastructure investment plan projects $550 billion in new federal spending on roads, bridges, transportation, broadband Internet and climate change.

If other existing public funds are redirected into account, it amounts to a total of $1.2 trillion, equivalent to Spain’s GDP in 2020.

It’s a “historic” deal, says Joe Biden, a senator for three decades who likes to highlight his negotiating skills on Capitol Hill, the seat of Congress.

His deputy, Kamala Harris, presided over the session to announce this important Senate victory.

Joe Biden has been in the White House “for only seven months and the Senate is about to pass the first major infrastructure package in over a decade” with Republican support, Senate Majority Leader Chuck Schumer said shortly before the vote.

Former Republican President Donald Trump called the deal a “disgrace” and threatened electoral retaliation against Republicans who voted for it, warning that implementing it would give a “victory” to his Democratic successor.

At least three Republican senators who were involved in the negotiations eventually decided to vote against it.

But its influential leader, Mitch McConnell, cast his vote, well aware of the popularity of such a program in a country with poor infrastructure.

With information from AFP and EFE

The city of Liege was affected by a cyber attack that...

The French state is taking flights to help Brittany Ferries out...