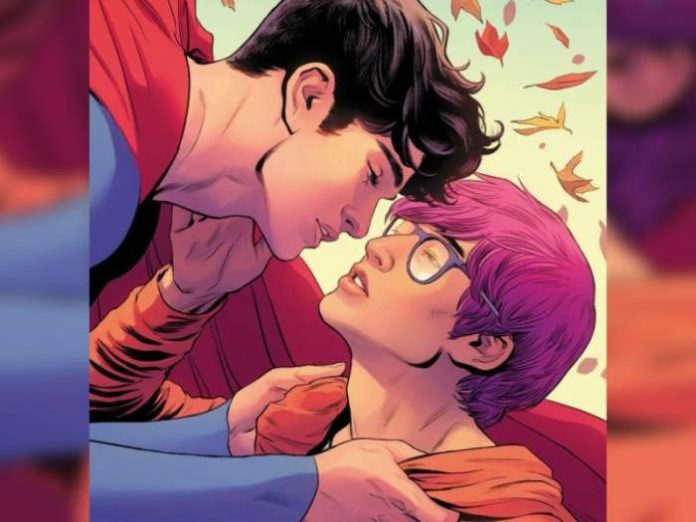 “I’ve always said that everyone needs heroes and that everyone deserves to see their own,” said Tom Taylor, author of the new comic. Superman: Son of Kal L.

“The Superman symbol has always represented hope, truth and justice,” he added.

Thus, a DC Comics editorial announced what sexual orientation the superhero would have in the comics remake: He would be bisexual.

And about this decision, he stressed, it “represents something else,” because “more people today can see themselves in the most powerful superhero in comics.”

Thus, John Kent, son of Clark Kent and Lois Lane, will fall in love with reporter Jay Nakamura. This journalist will appear in Superman’s new life as he “burns himself mentally and physically on fire trying to save everyone he can.”

“When asked if I wanted to write a new Superman for the DC Universe, I knew that replacing Clarke with another white savior might be a real missed opportunity,” said screenwriter Taylor.

Just like his father before him, John Kent fell in love with the reporter 💙 Learn more about the upcoming story in SUPERMAN: SON OF KAL-EL #5: https://t.co/bUQAsos68o #DCPride pic.twitter.com/wfQPc3CEVD

Aracely Arámbula paralyzes the internet when she appears in a matching...