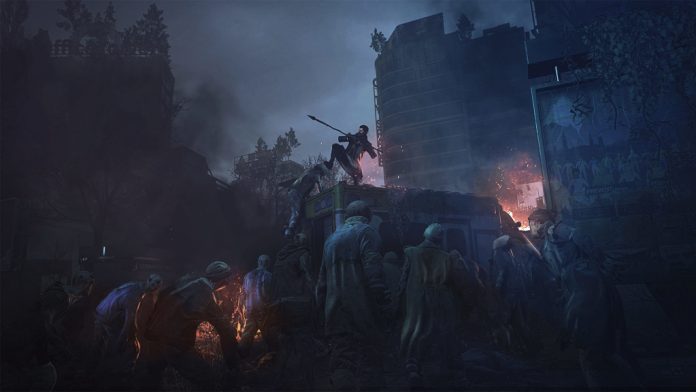 Announced at E3 2018 during the Xbox press conference, the horror parkour game Dying Light 2 Stay Human will launch in 2022.

A sequel to the 2015 Dying Light Action RPG, Dying Light 2 will bring back many beloved features from the original game, but it is also a more ambitious project compared to its predecessor, with a much larger world, themes.More mature game and more complex mechanics, etc.

Despite rumors that surfaced in early 2021 that the game was in development, Dying Light 2 developers Techland denied these rumors, but admitted that they announced the game “too soon” and for that reason. They have been silent about the development for several years.

But the game’s promotion gained momentum in 2021, culminating with the announcement of a release date, and if you’re ready to hone your parkour skills, here’s everything you need to know about Dying Light 2 Stay Human before you go. ‘Play it.’

What is the story of Dying Light 2?

Dying Light 2 takes place 20 years after the events of the first game.

Unlike the original Dying Light, which takes place in a fictional Middle Eastern city called Harran, in Dying Light 2 we head to central Europe, in a massive, open urban environment known simply as the city.

We play a new protagonist named Aiden Caldwell. During our game, we will meet different factions, and our interaction with them will have far-reaching consequences, including significant changes in the environment as well as opening access to new areas or closing access to other parts of the city, which will encourage players must have multiple parts to explore all areas.

The narrative is much larger than in the previous game, and as we explore the world, we will make difficult choices, build complex relationships, and learn about the world, the city, and its inhabitants.

As mentioned earlier, the developers aim to explore more mature themes, with a darker and more dangerous tone, with the intent of “evoking a sense of loss and awe” in players, to see what happens when humanity is on the verge of extinction and enters a modern version of the Dark Ages.

The developers have also combined various real-world issues and political ideologies in order to make the game’s world and history more understandable and authentic.

Dying Light 2 and its features

Dying Light 2 builds on the gameplay mechanics that were a hit in the first game, but will also introduce a lot of new gameplay features.

The playable city map is four times the size of the original game, and is divided into seven distinct regions with unique landmarks, items, settlements, and other points of interest.

The popular parkour game is back, allowing players to quickly navigate the city using moves like sliding, jumping ledges, running over walls, climbing ledges, doing double jumps, and more. According to the developers, Dying Light 2 features more than 3000 parkour animations that will ensure a smooth and seamless operating experience.

In addition to your parkour skills, you will also be able to use tools like grappling hook and glider to effectively traverse the vertical urban jungle of the city.

The combat is mostly based on melee, where you will use your hands or different melee weapons. There will also be various weapons, mostly primitive such as bow, crossbow, and spear, with very few weapons available.

You will also have superpowers, which Aiden acquired due to infection, but not much is known about it yet.

Crafting, scavenging and upgrading weapons will be a big part of the experience as well, and you can get better gear by learning how to craft more advanced gear and upgrading your weapons using different blueprints and components.

As in the first game, the day/night cycle is back and will play a major role in the behavior of zombies, being slow and inattentive during the day, but quick, aggressive and unfriendly after dark.

Yes, the co-op is back! You’ll be able to play co-op for up to four players by hosting games or joining other players’ sessions!

Will Dying Light 2 be on Xbox Game Pass?

Dying Light 2 was revealed during the Xbox press conference at E3 2018, and the relationship between Xbox and Techland could suggest we could see Dying Light 2 coming to Xbox Game Pass.

Both Techland’s Dead Island and Dead Island: Riptide games have been added to Xbox Game Pass before, but at this time there’s no official announcement as to whether Dying Light 2 will be available on Xbox Game Pass at launch.

According to the official Dying Light 2 Steam page, the game is well optimized and will not require a high-end PC to run properly.

But of course, you’ll need an RTX card if you plan on playing with ray tracing enabled.

See also  WhatsApp: How do I prevent a contact from seeing my statuses without having to block them? | Tutorials

It should be noted that the Nintendo Switch version will only be available in the Cloud version, because console devices are not able to play the game locally.

For more information on horror games, check out our dedicated horror section full of guides, news, and more.

NASA prepares for final test of Artemis I rocket, next mission...