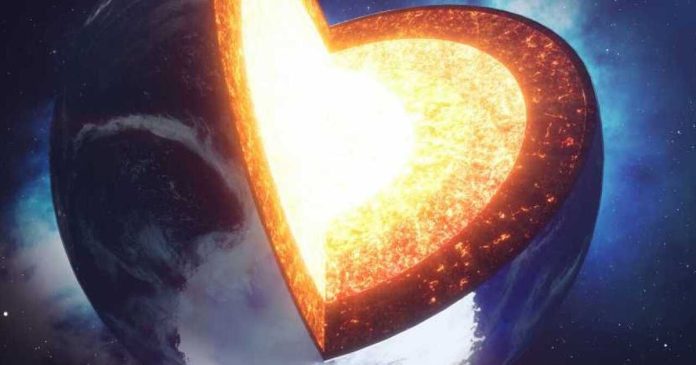 While humans care about Earth’s climate, scientists are looking further and into the far future: ETH researchers have shown in the lab that the planet’s interior is likely cooling much faster than assumed.

Experimental verification of temperatures in the Earth’s interior is difficult for obvious reasons: the Earth’s core begins at a depth of about 3000 km and has a temperature of plus/minus 6000 K, which is about 5000 to 6000 degrees Celsius. So the ETH scientists recreated the layer between Earth’s core and Earth’s mantle in the lab.

This boundary layer is relevant because here the viscous mantle rock is in direct contact with the hot iron
Melting nickel from the Earth’s outer core. The temperature gradient between the two layers is quite large, which means that a lot of heat is likely to flow here. The boundary layer is mainly composed of the mineral bridgemanite.

ETH Professor Motohiro Murakami and colleagues from the Carnegie Institution for Science have developed a sophisticated measurement system that makes it possible to measure the thermal conductivity of bridgemanite in the laboratory, under conditions of pressure and temperature prevailing in the Earth’s interior.

“Using this measurement system, we were able to show that the thermal conductivity of bridgemanite is one and a half times higher than expected,” Murakami says. This conclusion enables that the heat flux from the core to the mantle is higher than previously thought. This could lead to the movement of tectonic plates, which is continued by convective motions in the mantle, and oscillates faster than previously thought.

“Our results can give us a new perspective on the evolution of Earth’s dynamics. They indicate that Earth, like the other rocky planets Mercury and Mars, is cooling and becoming inactive much faster than expected,” explains Murakami.