Persia Digest
Home Economy For the Highest Only: Nissan introduced its new Z Coupe with rear-wheel... 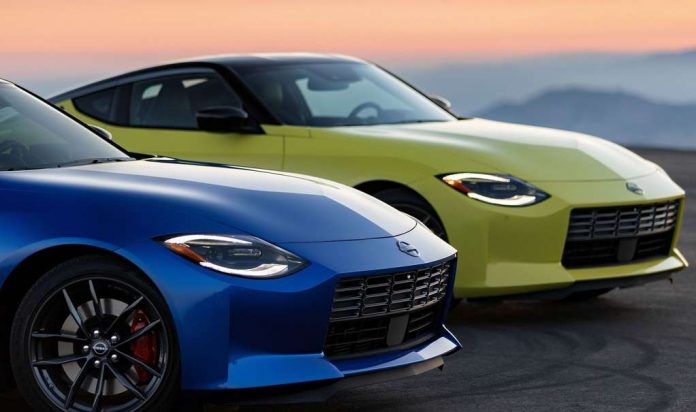 The new generation of Nissan Z Coupe Finally, it became known all over the world and drew attention both for its design (remaining very similar to the prototype that it developed) and the mechanical proposal, which also takes into account the most nostalgic of the three pedals and changes to the old way.

It’s an important difference from what most sports brands do, which rarely offer a new model with the manual box option, quite the opposite: most of them already only automaticThe driver has to just pass it from some cameras.

Engine 3.0L Turbo V6 and 400 hp that ensures driving pleasure. Torque is 475 Nm available between 1,600 and 5,600 rpm, but they haven’t announced official performance. The manual gearbox is six gears and, optionally, the automatic transmission. rear traction;

Unlike its predecessor, the steering is now electric, although they say it offers a sporty feel. It’s the same model as the Infiniti Q50 (the luxury brand Nissan), which is the model it also shares a V6 engine with.

At least in the US (it hasn’t been confirmed for sale in Europe, as in Argentina), it has two similar trim levels: Sport and Performance. The latter has tougher shocks, a mechanical limited-slip differential, launch control, more aggressive brakes, and 19-inch wheels.

Visually, it also adds a package that enhances its sporty image, always keeping the design simplicity chosen by the Japanese brand and inspired by the first member of the Z family.

Interior hatches for sports seats, a screen in the center of the console and complementary clocks above it. Three-spoke steering wheel and instrument panel with tachometer at the front.

Buchlai: a stunning fire in the paint company