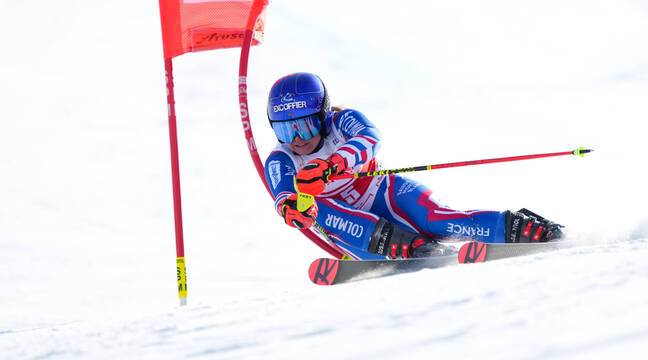 Something to forget a little about Beijing. Frenchwoman Tessa Worley has won her second miniature giant slalom globe at the age of 32 after finishing fourth in the Alpine Skiing World Cup final by Italian Federica Brignon in Méribel on Sunday.

The Double Giant World Champion (2013 and 2017) won for the second time in the special general category after 2017. He, who fell in the second run in the grand slalom at the Olympics in Beijing, did not tremble this Sunday, reassuring him. Excellent form at the end of the season.

Emotion among the Blues

This little globe was greeted with tears in the French clan, not by his teammate, former slalomist Julian Lizarrox, but his teammate Clara Dees.
Olympic champion Sarah Hector, who was leading by five points before this final, finished fourteenth with a time of 1 second 49/100. A lame place for Sweden to get off the road at home in Are in the previous giant.

According to Michelle Schifren, he fell 82/100 seconds before the first heat, ahead of his first follower Brignon, who finished seventh 67/100 from the Italians.

The American, however, missed his games, although he already won the Big Crystal World on Thursday to reward the winner of the General Classification of the World Cup.

Anti-Jemmour demonstration before his meeting at the lighthouse