Persia Digest
Home World In the future, children will have to face 700% stronger climate disasters 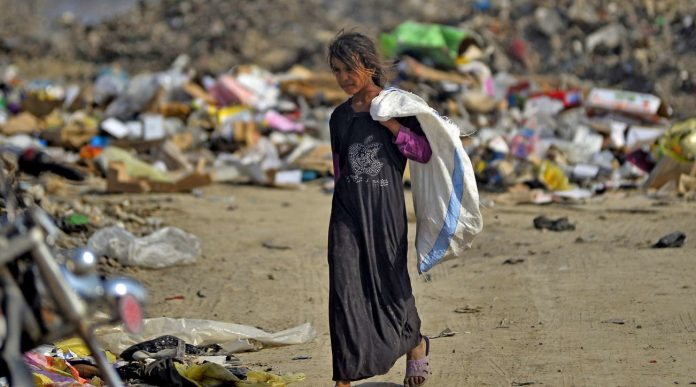 The first study of climate and demography – This analysis is the first of its kind, linking climatology to demographics and determining lifetime exposure to extreme weather events. To develop it, researchers from Vrije Universiteit Brussel took a set of multi-model climate impact projections from the Comparison of Sectoral Impact Models (Isimip) project based on the work of dozens of research groups around the world. The scientists calculated the lifetime exposure for every generation born between 1960 and 2020, for every country in the world, and for every global warming scenario of between 1 degree and 3.5 increases according to current greenhouse gas reduction commitments by governments compared to the pre-industrial period. Commitments that will be at the heart of the upcoming COP26 global climate summit in Glasgow in November.

What will happen with an increase in temperature by 3 degrees? With +3 degrees of global warming, a 6-year-old in 2020 will experience twice as many fires and tropical cyclones, 3 times as river floods, 4 times more crop failures, 5 times more droughts, and 36 times more heat waves than in a person living in pre-industrial climatic conditions. In a 3.5-degree warming scenario, babies born in 2020 would experience 44 times more heat waves.

Drama in poor countries As always, younger generations in low-income countries will pay more, the study confirms with a report edited by the NGO Save The Children: While 53 million children born in Europe and Central Asia from 2016 will experience about four times as many extreme events . Under current climate commitments, 172 million children of the same age in sub-Saharan Africa will experience a nearly sixfold increase in exposure to extreme events over their lifetime, and up to a 50fold increase in heat waves, according to the scientists.

Businesses and households, after the Covid crisis, are increasingly burdened with debt. But now you can take a new path provided by the legislation, with a specially designed repayment plan with the OCC (Corporation of Over-Indebted Crisis Composition Authority)

Businesses and households, after the Covid crisis, are increasingly burdened with debt. But now you can take a new path provided by the legislation, with a specially designed repayment plan with the OCC (Corporation of Over-Indebted Crisis Composition Authority)

Experience in Iceland: a successful working week reduced to 4 days