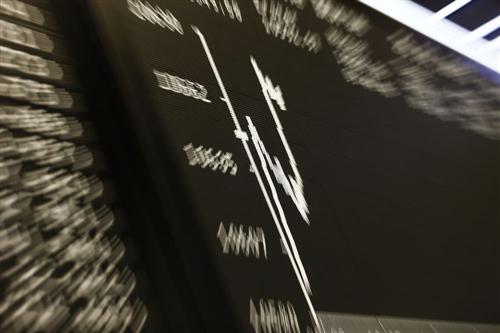 (Boursier.com) – Group annual revenue for the year 2021 Guillemot By 47% and amounted to 176.8 million euros with the fourth quarter showing strong growth of 65%.
Group sales growth was balanced across all regions, with North America at 41%, the EU and UK at +53%, and the rest of the world at +38%.
The Group’s business performance stems from various factors in a complex economic, health and logistical context.

The group did its best to:
Maintaining a good level of production throughout the year despite tensions over components and ensuring dynamic logistical flows.
– Maximize sales of their classic ranges and successfully launch and install new flagship products Thrustmaster and Hercules (notably the T248 Steering Wheel, TCA Yoke Pack Boeing Edition and DJControl Mix). This allowed it to significantly increase its sales to consumers at the end of the year.
– Deliver volume directly to its major customers, particularly the major global e-merchants, thus better anticipating consumer demand,
The response from the summer to the increase in logistics costs by moderately adjusting their prices without compromising their competitiveness.

* Flying / Joysticks: The year 2021 was particularly innovative for Flying accessories. Thrustmaster has partnered with Boeing to create Thrustmaster Civil Aviation Accessories.
After the initial collaboration with the famous American manufacturer, Thrustmaster has given a new impetus to this prestigious partnership by developing three new products for Xbox(R) and PC: TCA Yoke Pack Boeing Edition, TCA Quadrant Boeing Edition and TCA Near Boeing Edition.
* Steering Wheels: During this period, Thrustmaster has supported its official drivers in new eSport competitions while continuing to sponsor global events for its partners. The success of the T248 Steering Wheel for PlayStation5, launched in partnership with several game developers, has generated unprecedented sales momentum. The T248 version for Xbox will be released in the spring.
* Gamepads: The gamepad set performed very well in the US with its unique and advanced positioning. It is increasingly recognized by ranked players and will be expanded in 2022 to maximize its potential.

Hercules also saw very good momentum despite some delivery tensions to the US and European markets. In mid-November, Hercules unveiled the DJControl Mix console dedicated to smartphones, in collaboration with the Algoriddim djay mobile app, one of the world’s leading DJ apps. Ultra-compact, this DJ turntable can be taken anywhere and lets you unleash your creativity during an impromptu evening.
Hercules just announced in January the limited edition DJControl Inpulse 500 White Edition. Always ready to stand out and create relationships with its community, Hercules presents this new premium chest in a white version.

The group continues to develop the Hercules and Thrustmaster ranges and expects revenue in excess of €200 million for the 2022 fiscal year.

Manufacturers unveil their novelties at the Munich Motor Show

H&M achieves a profit of 21 million in the first quarter...