Persia Digest
Home Economy La Defense Twin Towers: The Russian promoter does not give up 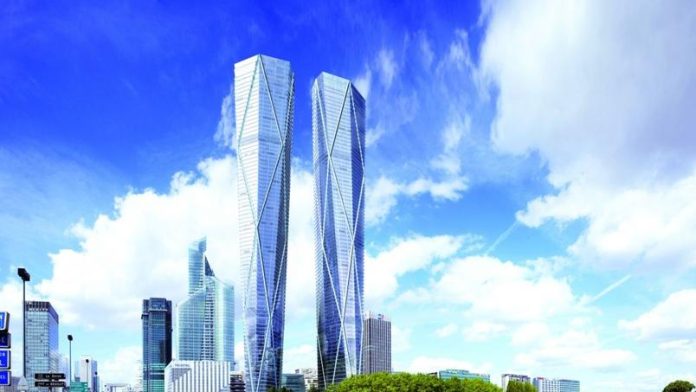 Misunderstanding and astonishment. This is the group’s reaction Hermitage Plaza In the face of backhand suffered. The Russian real estate developer, who will build the La Défense towers, whose project was launched in 2008, says the developer of the business district has not honored its commitments. Indeed, the Paris La Défense board of directors unanimously decided not to approve the proposed sale agreement for the construction of the twin towers, among the tallest in Europe, in a decision announced on Monday 3 January.

«The situation did not allow to conclude sales agreements with the Hermitage company on terms acceptable to the public institution, especially in the absence of financial and technical guarantees provided by the project leader.”, confirms the developer of the business district of Paris La Défense. The arguments Hermitage describes as “deceptive».

Hermitage Plaza «It envisages no other scenario than the realization of this project, and submits a notification to the public institution Paris La Défense to sign this promise of sale.In the event that this does not happen, Hermitage will resume its actions, in particular the claim of 1 billion euros in compensation for arbitrary breach and disloyalty. The Russian real estate developer had already given notice to the developer to implement this protocol, before abandoning his request During the mediation proceedings requested by Paris La Défense at the Nanterre Judicial Court, March 24, 2021. This is in return for the preparation of the promise of sale stipulated in the preliminary agreement of Paris La Defense. The signing was originally scheduled to take place before December 31, 2021.

See also  WhatsApp: Meet the new scam that promises a coffee maker as a prize

280 million euros have already been paid

The group recalls that it worked for 13 years and invested 350 million euros for this emblematic project. “Thus Hermitage provided evidence of the firm commitment of a leading international financial institution to provide the financing necessary for Hermitage to meet its obligations under the Promise to Sell, i.e. €280 million. ‘Euros, thus providing the required financial guarantees’ and Responds to the promoter who is facing accusation of the developer of insufficient financial guarantees. On the technical front, he claims to have submitted a signed contract with a world-renowned French manufacturer to support the work, a contract previously submitted to Paris La Défense for endorsement. So the legal saga resumes.