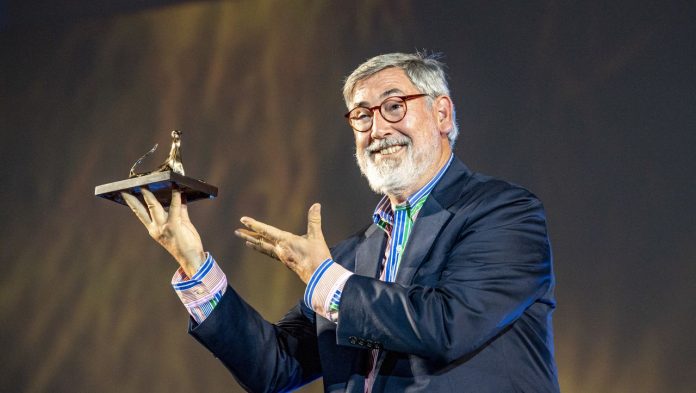 John Landis set the standard for a new, engaging and revealing comedic style with the feature films I Think, a Horse Kicks Me (1978) and Blues Brothers (1980), which have cult status today. He wrote the history of music with the video for Michael Jackson’s song “Thriller”.

He sees himself as a representative of old Hollywood. Before the awards ceremony in Locarno, he said, “The fact that people watch movies on their iPhones breaks my heart.” This and many computer images destroy the “feel of amazement” that is unique to cinema.

At an outdoor party in front of several thousand spectators in the resort’s Piazza Grande, Landis was visibly impressed. He thanked them profusely. He confirmed his happiness not to forget him: “I am happy that seven or eight of my films that I made years ago are still popular today.”

The 74th Locarno International Film Festival concluded on Saturday with the presentation of the Golden Cheetah and other awards.

See also  Jean-Louis Hubert opens the Printemps de Bourges: "It's not a seated, masked concert that frightens me"