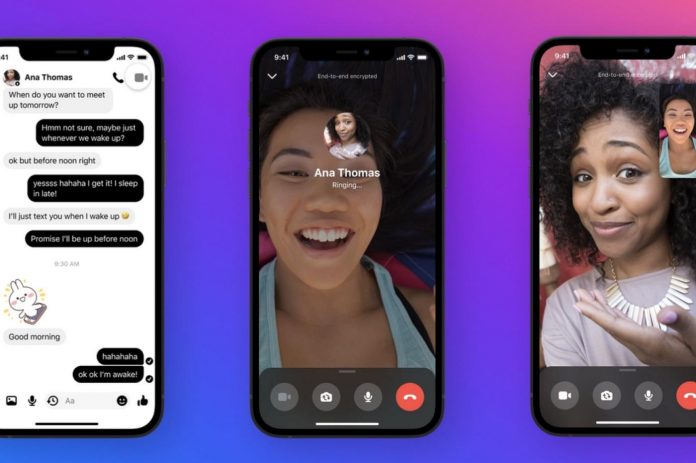 The Facebook messaging service borrows functionality from its subsidiary Whatsapp. These privacy settings, already available through Messages, apply to voice and video calls.

On Facebook, it’s not just WhatsApp that plays the privacy card. Mark Zuckerberg announced on its blog the arrival of a new feature that promises to protect the conversations of its users. Inspired by the tools of WhatsApp, Messenger now offers End-to-end encrypted audio and video chats. For those who are not familiar with the process, it is about a communication system where only people who communicate can read the messages exchanged. In principle, this prevents wiretapping, including through Internet service providers and companies.

Moreover, Facebook made it clear that even it was not able to read the messages of its users. However, the company adds that if a problem occurs, it will be possible to report a user despite the fact that they are using encryption.

To activate it, just open a secret chat and select Video or voice call. Remember that, as is often the case, this type of job is being rolled out gradually. You may not see it appear immediately on your smartphone. However, we advise you to update your application via the Store.

In its post, Facebook also announced the development of new tools that will make it possible to conduct encrypted conference calls among themselves “Friends or families who have already had a conversation and are already online”. Currently in beta, it shouldn’t go down immediately for all users.

If you instead rely on temporary messages to ensure the security of your conversations, Facebook is also announcing some new features. You will have more possibilities in choosing the expiration period. You will now be able to make it disappear only 5 seconds after the recipient has read it. So now you can choose a file Lifespan is between 5 seconds and 24 hours.