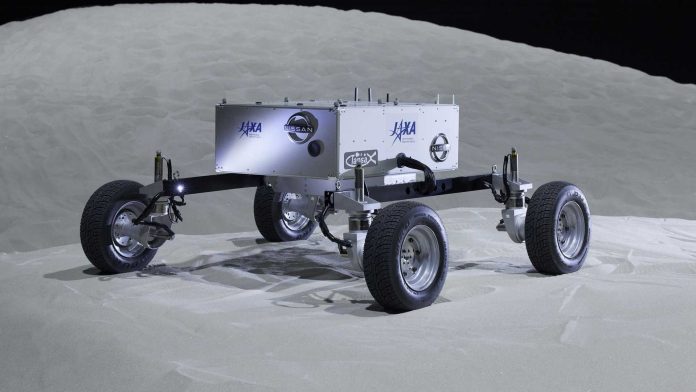 Nissan soon to conquer space? Teledyne Brown Engineering, an aerospace engineering company that works closely with NASA, has revealed plans for a lunar rover that will be built in partnership with Sierra Space and Nissan.

Although we don’t know when we’ll see it in action, the craft will be able to carry astronauts and equipment on NASA’s next planned trip to the moon.

According to the details of the partnership, the American company responsible for the project will provide engineering, manufacturing and construction of the vehicle’s engine. Sierra Space will work on flight software, communication and navigation hardware.

Nissan will contribute its expertise in autonomous driving technologies and driver assistance systems. The craft will be able to carry up to 500 kilograms of equipment and two astronauts, with the ability to move on the lunar surface and overcome slopes of at least 15 degrees. The vehicle will be electric and will be able to operate in temperatures ranging from 138°C to -173°C.

On the way to the moon

As mentioned above, we don’t know when the lunar module will actually be operational. Artemis aims to bring “The first woman and the next man” on the Moon by 2025, but the first missions won’t include a craft.

Car manufacturers have long been interested in space and lunar missions. For example, in the spring of 2021, Hyundai unveiled the TIGER X-1, a courier robot capable of autonomously traversing any terrain to rescue casualties or transport equipment.

However, one of the most scientific projects is the Honda project. The Japanese brand has launched a research program with the Japan Aerospace Agency (JAXA) to create a renewable energy system on the Moon. Honda also makes rockets to power Earth-orbiting satellites.

See also  The Quirky FFP2 Mask with Headphones is announced by will.i.am

Samsung Health: How to connect the app to Google Fit