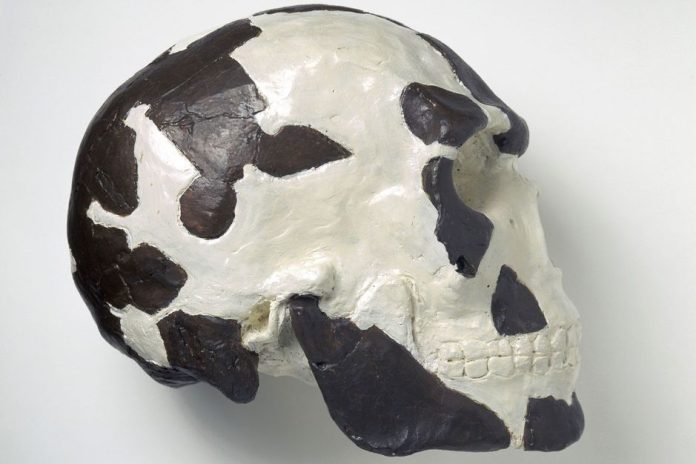 According to a study, the oldest Homo sapiens fossils discovered in Ethiopia are at least 230,000 years old, much older than expected.

Thirty-thousand-year-old stroke: One of the oldest Homo sapiens fossils discovered in Ethiopia will be at least 230,000 years old, much older than expected, according to a study that goes back, once again, to the beginnings of our species. . The remains of “Omo Kepish 1” were discovered in 1967 by the team of famous Kenyan paleoanthropologist Richard Leakey, who has recently died, in the lower Omo Valley (southern Ethiopia), a prehistoric site famous for its many human fossils.

Although badly damaged, the body bones and skull fragments showed surprisingly modern morphology, making Omo 1 the oldest known fossil of Homo sapiens from East Africa. And even the entire African continent, before being swept away by the discovery in Morocco of Neanderthal remains in Morocco in 2017, which date back 300,000 years.

In Omo 1, it is very difficult to make a date in the absence of teeth, given approximately 130,000 years. Then came a study published in 2005 to postpone the time, to 195,000 years, based on analysis of surrounding sediments — a more reliable chronological marker in this case than direct dating on bones.

“There is still a lot of uncertainty about his age,” said Céline Vidal, lead author of a new study published Wednesday in the journal Nature. Therefore, this volcanologist left from the University of Cambridge to explore the sedimentary basin of the Omo Kepish, which is fed by the Kipesh River. Located in the Great Rift, the region was plagued by violent volcanic eruptions between 300,000 and 60,000 years before our era.

The ash, which was dropped over hundreds of kilometers around it, came over time to be introduced among the sediments deposited by the Kipesh River. Which, by lowering the level, gradually revealed the geological past, making the Omo Kibish a veritable “library”, according to Céline Vidal. By examining these different layers, the scientists were able to assess the age of the human remains – by means of a dating method called “argon-argon” for the rare gases found in the rocks.

In the early 2000s, the age of volcanic ash under the deposits containing the fossils was estimated to be about 195,000 years old. This means Omo 1 was at this age at most – “could be younger than the ash level below it,” as the volcanologist decodes. To be more precise, it was necessary to examine the thick layer of ash on top, which inevitably then precipitates. “Unfortunately, it was nearly impossible because the ash was so fine, almost like flour,” she says. Using more sophisticated methods, his team was able to examine the layer of ash covering the remains, linking these volcanic deposits to the massive eruption of the Shala volcano that occurred 233,000 years ago. These analyzes made it possible to date the Omo fossils beneath this layer, at approximately “233,000 – with a margin of error of 22,000 years,” the study details. This is the minimum age, which means that these human remains may be even older.

“It’s a great leap in time!” Aurelien Meunier, a human paleontologist at the Musée de l’Homme, one of the authors, delights. Importantly, the timeline is more in line with the latest models of human evolution. “We are getting close to the history presented by genetics, according to which it was about 300,000 years ago that modern humans diverged from other human lineages,” this researcher at the National Center for Scientific Research.

Omo 1 also approximates the age of the Moroccan fossils from Jebel Irhud – also 300,000 years old. But it was the Ethiopian skull that now constitutes, in his eyes, “the strongest evidence of the oldest Sabian presence” in all of its African cradle. Because when comparing the cranial vaults of the two specimens, Omo 1 “is the only one to fully possess the morphological characteristics of modern humans.” The more elongated shape of the skull of Jebel Irhud takes on a more primitive shape for our species.