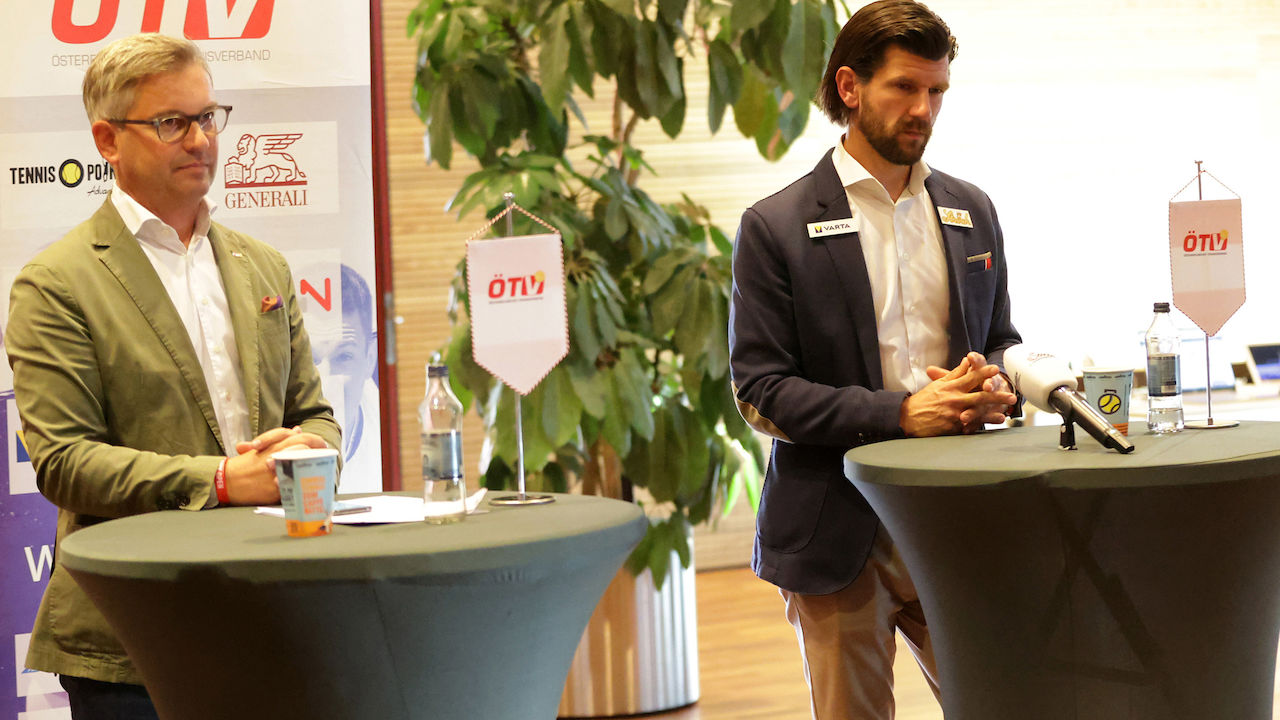 The current governing body of the Austrian Tennis Association (ÖTV) is looking back at its first year of activity.

President Magnus Brunner, General Manager Thomas Schweda and Sports Director Jürgen Melzer evaluated the provisional results on Thursday at the Erste Bank Open in Wiener Stadthalle. Accordingly, ÖTV sees itself on the right track. The main pillars of the business are pooling forces, strengthening the tournament scene and increasing the overall importance of tennis.

They offered academies, tournament organizers, coaches, players, and personalities in the local tennis sport to work together, and Brunner explained that they all work together. “The fact that everyone cooks what they want should be a thing of the past,” said the 49-year-old. We have made an offer of cooperation. Melzer became ÖTV’s link, and during his “Jürgen on tour” Austria tour he got an idea of ​​the status quo.

“For me it was important to install a team of coaches at our base in the southern part of the city that could be seen internationally,” Melzer explained towards the goal. With Philip Wesley, they hired a fitness coach with a lot of experience, among others as supervisor of the 2020 Vienna Award winner Andrej Rublew. On the other hand, there was interest in and promotion of “a group of girls in the southern part of the city”. The gap between Barbara Haas and Julia Graber must gradually be bridged.

The third challenge championship in 2022

In enhancing the tournament scene, Melzer’s wish was a challenge, with Tolen and Anif now two of them. In 2022 there will be another one in Mauthausen. The 40-year-old, whose active career was doubling on Wednesday, finally ended his Erste Bank Open start.

After that, the goal should be to be more represented again in the Junior Grand Slams. Melzer: “I would be happy if at the end of my first term (3 years, note) we could play again in the Youth Grand Slam – by that I mean to be in a broader position, to be part of the main competition with several.”

Tennis is more in the public eye

Brunner also cited the Davis Cup in Innsbruck at the end of November as an important point in the events sector. They combined their strengths and landed the event against tough competition like Munich and London with a budget of €5 million. Brunner: “The importance of the Davis Cup cannot be overstated.” Shweda reports that 3,500 tickets for the Austrian Games have currently been sold, and the Olympic Hall will have around 7,000 seats.

The union’s third major point, the importance of public perception of tennis, was introduced about two weeks ago with the results of a study. Accordingly, more than 400,000 Austrians play tennis, and 180,000 people are members of ÖTV clubs. Over 75,000 people compete in tournaments, 2,500 of them play for prize money. According to the study, tennis brings Austria an added value of 680 million euros.

In the political debate over the state of Dominic Thiem’s ​​vaccination, Melzer did not like that Austria was chosen as the number one individual.

It is up to everyone whether they want to be vaccinated, said Brunner, ÖVP’s state secretary at the Ministry of Infrastructure. “Personally, I would say, yes, every Austrian should get vaccinated. That’s why I want all athletes to be vaccinated.”

User comments do not necessarily reflect the opinion of the LAOLA1 Editorial Team. LAOLA1 reserves the right to delete comments without giving reasons, especially if they violate the rules of criminal or civil law, are contrary to public morals or otherwise conflict with the reputation of LAOLA1. In this context we refer specifically to our Terms of Use. In such cases, the user cannot confirm any claims. Furthermore, Sportradar Media Services GmbH reserves the right to assert claims for damages and to report offenses related to criminal law.