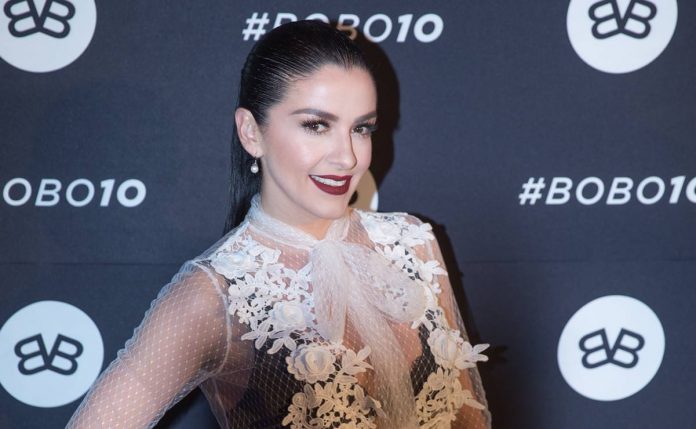 Jiutepec. – Lidia vila opens her heart and comments that there is a fracture in OV7, and that she does not know the reason but Ari Borovoy decided not to give up her rights to the series, and that the tour was canceled because the contract was over

After Kalimba announced to the media that they did not tell him anything about the series that his partner Oscar was doing, and that he expected to be paid for using his image, quarrels broke out between the group, but Lydia made it clear that everyone knows him, because they signed a contract.

“I saw their statements, what can I say, the six of us signed the rights to talk about our lives,” he says.

It is also expected that Ari will not appear in the series because he does not want to give up his rights to the project.

“I say six because Ari didn’t sign, he’s not included in this project because he didn’t want to be, but we’re six, we have the documents, we have the documents, the Elephant Productions people have them, which is Eva Longoria and nothing has been done. The series is almost ready and we’re waiting From him to send us the final script to give him the “check” until the series comes out.”

He also reported that they are already watching the transmission process and seeing the platform on which it can be streamed.

“There are several options, believe it or not, they are fighting to get the series on some important platform.

“I imagine myself very beautiful in the series, they give me a very good and beautiful young actress (laughs). Oscar made us nervous because he didn’t send us the final script, but I think it would be very cool, he put his life into this project, I trust blindly He’s doing a great job,” he points out.


She shares the opening of her own shopping center in Jiutepec Photo: Elizabeth Escobar/El Universal.

The singer wanted to clarify the accusations against her, as she was supposedly responsible for the cancellation of the OV7 tour, but indicated that the contract with Ocesa was terminated and that after the pandemic she did not know what would happen.

“They also accuse me in a magazine of many things that are not true. The pandemic is coming, the tour contract expires in February and Ocesa is asking us to sign a one-year extension so they have choices about when to do the tour.”

When they asked for it, they also told them: “This extension must be signed by the seven, if someone does not sign, they will have to return the advance we gave.”

Avila signed, and the next day the notary came to her saying that she had to return the advance, she understood that some of her colleagues had not signed.

“Since I don’t like to have legal troubles, after five days was the refund period, I returned it.”

And although there is no contract and the tour has been canceled, she confirms that she is ready to sign again and return to the stage with her other companions.

See also  Who is Sylvain, Celine Dion's first lover who inspired one of her songs?

“It’s also a difficult issue for me, let’s say I’m the number one promoter to make this tour a reality, after we ended our working relationship with Bobo, and signed with Ocesa, after several months of negotiating an amazing contract that was signed. Unfortunately, this pandemic came where it all came to a halt. Thing “.

Despite her wishes, she shares that there is a break in the group, that she doesn’t know why it came up and it’s an issue that hurts her, she doesn’t communicate with many members and despite knowing they met her, he didn’t invite her for nothing.

“I haven’t talked to my mates for a long time, we lost our relationship, that’s a fact, I’m not saying it, Mapalia and Ari said it already, that there is a rift.”

The singer says that the seven of them had a chat where they talked about things and suddenly they stopped.

“What about OV7 I don’t know, the group has made history and will continue to make it; if Ocesa calls me and asks if I’m in, I’m happy with life, I’ll be the first to be there, and I’m dying to do the tour.”

Currently, the singer is sharing the opening of her own shopping center in Jiutepec, Morelos, with the aim of helping to revitalize the economy of the place.

“We are very happy to introduce this place, we have been working on this for years, it is a project that my brother started with his wife, and it was my sister-in-law’s house, they gave him an important role in creating employment, I think it is important for everyone. People who had a bad time.”