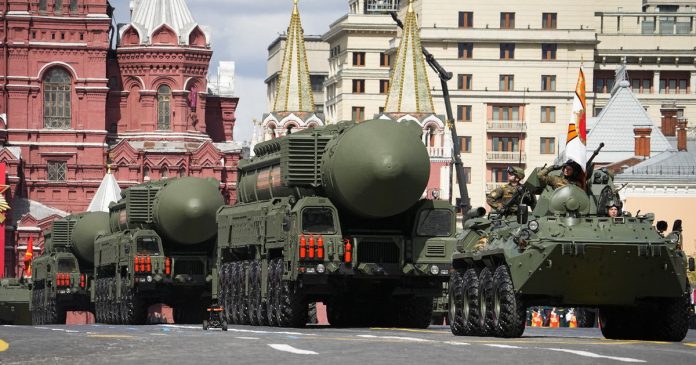 The parade took place on May 9, when Russia celebrated its “Victory Day” over Nazi Germany, under the gaze of the world. “They are not in very good shape as the weapons systems,” General Vincenzo Camporini said during Monday’s May 9 episode of Stasera Italia, the political talk show hosted by Barbara Palumbelli on Rete4, referring to President Vladimir Putin’s armed forces.

“They have great engineers – continues the general, the former chief of staff of the Air Force – they have excellent project offices that make beautiful prototypes. After that, these prototypes are passed to the industrial sector for serialization, and here are all the problems of the poor quality of Russian industrial processes.” Therefore, a working prototype reveals technical problems at a practical level.

“What we have clearly seen during this show are the gems that are in the process of development,” confirms the year, referring to the big show on May 9 that was held today in Moscow, to commemorate the victory of the Russians over the Nazis, “so it is not necessarily all in the past and that what we see on the screen is Something is available. So much so that during the operations we saw tanks being built in the 80s, they were almost museum pieces.” In the conflict in Ukraine, which has been occupied by the Russian armed forces for weeks, the access to the sea gained by the annexation of Crimea is fundamental for Russia from a strategic point of view.

See also  Kyiv Army Announcement: "The Russians are giving up the institutional headquarters of the Cherson region"

“The agreement with Ukraine, before 2014, was a permanent lease of the base in Sevastopol until 2057 – Camporini recalls. There were specific agreements that allowed the Black Sea Fleet to operate without any problems. Therefore, even if the geopolitical situation has changed dramatically in the wake of Russia’s “special operation”, access to the sea has no credibility as a motive.