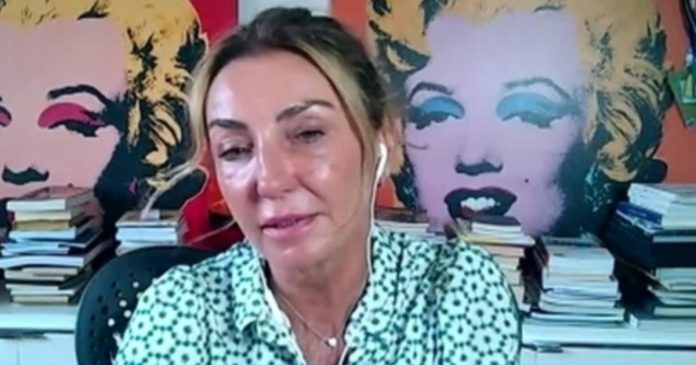 The conditioner winds into the hair and it’s instantly a curtain between Alessandra Guisleri and Mirta Merlino. During the episode “L’Aria che Tira” on LA7, Wednesday, September 7, the director of Euromedia Research was explaining the intentions of Italians to vote for the political elections on September 25 when Merlin jokingly interrupted her: “Alessandra, what a lock of hair that flies … if Mario sees you Draghi … comes and gets angry because the air conditioner is turned on “,” No, it’s the fan.

In Milan there is 30 degrees although September answered hot Ghisleri. There was no real blame, a joke, Merlin herself pointed out, but the gust of air in her hair inspired Senator Tommaso Cerno who quipped: “This is a slap for Cingolani, a slap in the austerity plan.”

The studio’s laughter was inevitable as Ghisleri “runs around looking for a lid”: “Well, today I’m not eating pasta…” pointing to a tip for cooking spaghetti in a covered saucepan with the gas off. Shortly thereafter, the pollster called the broadcast again and before pricked her again to lock the waving she set: “This time the hair is moving because I opened the window!”.

USA, New Sanctions on Iran After Cyber ​​Attack on Albania –...