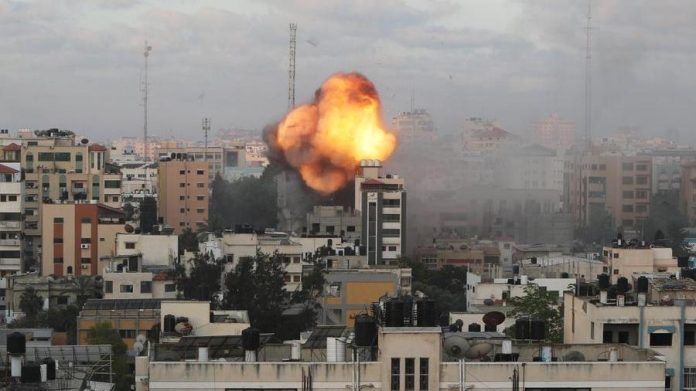 Palestinian militants launched last night in southern Lebanon six improvised rockets towards the Israeli border. The bombs did not reach Israel, but artillery fired some bullets at the site of the launch. The Israeli forces ruled out that the Shiite Hezbollah group was behind them. A few days ago, Palestinians fired three rockets from a refugee camp near Tire, but they fell into the sea. Yesterday, the Shiite Hezbollah organized a demonstration in solidarity with the Palestinians of the “resistance” in Beirut, but it does not want to get involved in the conflict.

On the southern front, Hamas continues to fire its rockets at the border towns, without causing any casualties or injuries. The air force launched new, but less severe, strikes on Palestinian militants’ tunnels and homes. Targets are rare. At the beginning of the operation, four fighters were killed for every civilian, and now the ratio is one to one.

The humanitarian situation is of increasing concern to Europe and the United States. Last night, President Joe Biden called Prime Minister Benjamin Netanyahu and asserted that “Israel has the right to defend itself,” but he also insisted on a truce as soon as possible. The Israeli army said this morning that the attacks would continue “during the next 12 hours.” After that we don’t know.

See also  “Patriarch Kirill? Just think about money and power. He stole his hidden money from the church.”