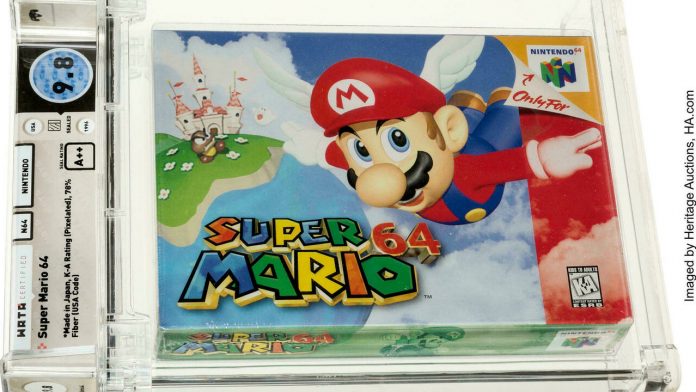 A sealed cartridge of the legendary “Super Mario” for the Nintendo 64 console sold for $1.56 million on Sunday, a new record for a video game according to US auction house Heritage Auctions.

“It’s the first toy that has ever sold at auction for more than $1 million,” Eric Bradley, a spokesman for the Dallas, Texas-based company, told AFP.

Eric Bradley said it was the “only version known to have a 9.8 A++” score from Wata, a video game expert that assesses cartridge condition, explaining that this score was “the highest you can get for an old video game.”

Mario, a young, hyperactive plumber in a red hat, is one of the greatest heroes in video game history and has contributed to Nintendo’s worldwide success.

He appeared in 1981 as “Jumpman” in the game “Donkey Kong”, and was renamed “Mario” in 1985 and had many adventures with his brother Luigi or driving a kart.