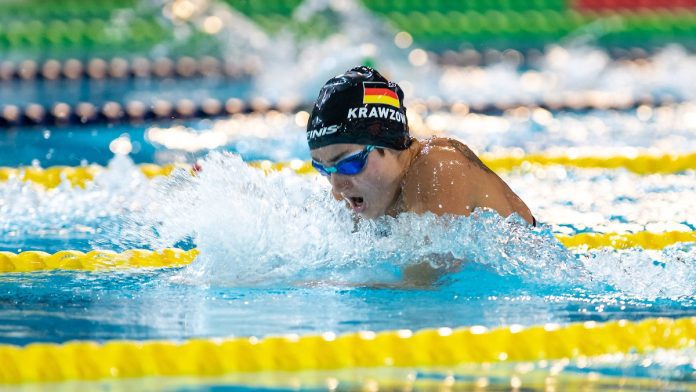 Despite ongoing chemotherapy, Paralympic champion Elena Simichin just missed her third world title. The visually impaired swimmer, who was diagnosed with a brain tumor last year, finished second in the 100m breaststroke in Madeira with a time of 1:14.81 minutes – 0.02 seconds behind winner Colin Young (USA).

“I’ve proven that I’m still capable, and I’m still competitive,” said Semechin, who recently survived her fourth course of chemotherapy. “I noticed in the second course that the pills were still missing.” On the way to her show, the 28-year-old traded blows with Young – the lead changed almost every second.

Tokyo winner Talisso Engel and newcomer Tania Schulze claim the first gold medals for the eleven-player team of the German Disabled Sports Confederation (DBS) in Portugal. The 19-year-old Engel defended his SB13 starting class title over 100m with a breaststroke in 1:03.89. Schulz won the S4 100m freestyle in 3:14.35 minutes.

The 37-year-old Schulze of Neumünster, who only swam in her first international race in February, took silver in the SM3 over 150m after just 26 minutes. The Tokyo participant, Josiah Topf, also swam second over the same distance in the SM3 starting class. Mira Jane Mack won bronze in the S8 class for the 100m backstroke.

In October, a few weeks after the 100m gold race in Tokyo, Simechin, née Krause, received a devastating diagnosis of a brain tumor, which was followed by a complex operation at the beginning of November. Just four days into the second part of her chemotherapy, Simeshin is back in the German championships in her hometown of Berlin – and immediately swam onto the podium.

Sixth victory in a row, Boston in the cabbage, it sure...