Persia Digest
Home entertainment The conductor of the pro-Putin orchestra, Valery Gergiev, has been replaced at... 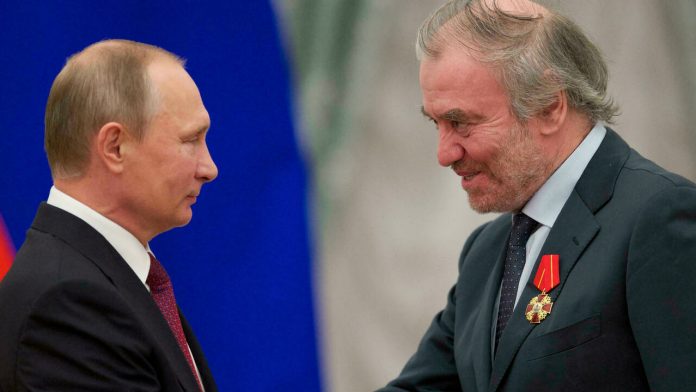 New York (AFP) – Renowned Russian maestro Valery Gergiev, close to Vladimir Putin, was excluded at the last minute from a series of performances this weekend at the Carnegie Hall due to the Russian invasion of Ukraine, the prestigious New York Hall announced Thursday.

His replacement was announced shortly by New York’s musical director of the Met Opera, Yannick Nizet-Seguin, in association with Carnegie Hall and the Vienna Philharmonic Orchestra, which Gergiev was scheduled to give three concerts starting Friday.

“This change is caused by recent events in the world,” a Carnegie Hall spokeswoman told AFP, although no reason was given in the official statement. A call to protest in front of the Concert Hall on Seventh Avenue in Manhattan, inaugurated in 1891, released the greatest musicians, from George Gershwin to Miles Davis, on Facebook.

On Thursday, Milan’s already prestigious Scala asked the conductor to publicly plead for a “peaceful solution” to the conflict, threatening to abandon it at Tchaikovsky’s next two performances The Queen of Spades, scheduled for March 5-March 13. .

Carnegie Hall and the Vienna Philharmonic Orchestra also specified that pianist Denis Matsuev, also a supporter of Vladimir Putin, would be absent on Friday when he was supposed to perform.

The general director of the prestigious Mariinsky Theater in Saint Petersburg, 68-year-old Valery Gergiev, is one of the most sought-after conductors in the world.

His closeness to Putin, whom he has known since 1992, his loyalty to the Russian president over the annexation of Crimea, as well as his participation in concerts in bombed South Ossetia and in Palmyra on the side of the Syrian army, have been the subject of many. controversy over the past decade.

“Limbus – To hell with Tahnee”: a repeat of the comedy...