Persia Digest
Home World The groom feels bad as soon as the bride arrives at the... 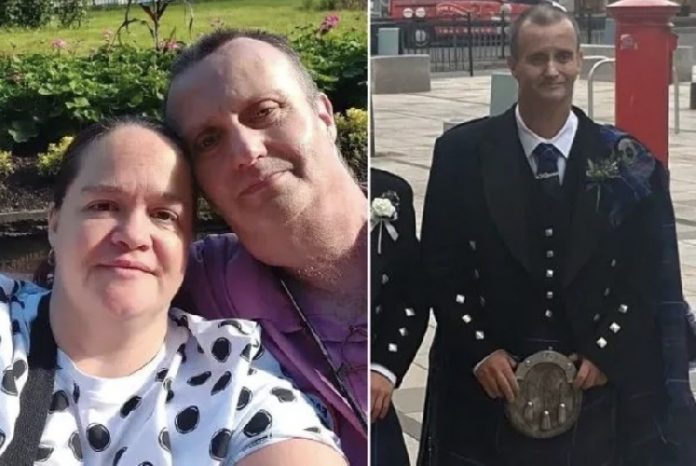 LONDON – A shocking story, the story of Paul Wayne, a 57-year-old British man who died last Friday while waiting for the bride at City Hall where the couple organized the wedding. The couple, who have been together for more than 20 years and also have five children, hastily arranged the wedding after finding out that the 57-year-old was ill.

He was supposed to marry his longtime partner and was totally ready for yes when a sudden illness struck him right at the altar killing him minutes before the wedding. It is the harrowing story of Paul Wayne, a 57-year-old British man who died last Friday in Salt Coates Town Hall, in Ayrshire, in southwest Scotland, where the couple organized the wedding. The man felt ill as their eldest son escorted his partner down the aisle, and despite desperate attempts to save him first by attendants and then by doctors, the 57-year-old died a few minutes later, leaving his home. The future bride with a broken heart.

The couple, who have been together for more than twenty years and also have five children without being married, hastily arranged the wedding after discovering that the 57-year-old already had advanced cancer. A surprising news disturbed the family’s calm and convinced the two of them to take the next step. However, it’s only been eight days since Paul found out he had cancer and there was no indication he wouldn’t make it to the altar even though the doctors had only given him a few months to live because the pancreatic cancer had already spread to the liver and lungs.

“If I had known we wouldn’t have much time, I would have tried to arrange the wedding earlier, at the beginning of the week,” partner Alison Wayne told local media. The woman felt that something was wrong as soon as she arrived at the wedding venue, and her partner did not speak, was motionless and absent: immediately after that he fell to the ground and lost consciousness without getting up.

Hong Kong agreed to a controversial electoral reform, thanks to which...