Persia Digest
Home World The Phantom of Kiev, the mysterious pilot who shot down six Russian... 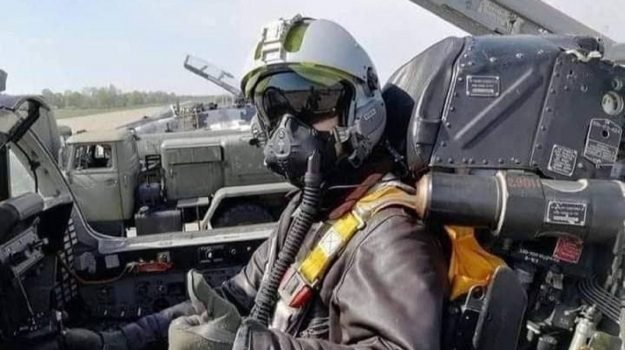 The losses suffered by the Russian forces in less than two days of aggression are greater than can be imagined. The 10 planes were shot down. Six of these will be at the expense of a fighter pilot, on the MiG-29, which has already received the nickname “Kiev Ghost“(Ghost Kiev). His “victorious battle” was reportedly recorded on February 24 in a videotape for residents of the capital, as reported by “Vikna“.

The footage is actually fake: Created in Digital Combat Simulator and uploaded by a YouTuber, who explicitly stated in the description that the video is not real but simply a tribute to the “Ghost of Kiev”, whether it exists or not, wishing it was possible to “Keep Fighting”.

Therefore, doubts remain that the “character” is immediately described in one Entry to Wikipedia in English As an invention: “Perhaps the Kiev ghost is an urban legend and not a true hero of aviation, but its existence (by the Ukrainian authorities, ed.) has been endorsed as an important moral motivator for the population.”

What is certain is that his name is known only to the Deputy Minister of Defense Anna Maliar He praised him in a post: “Six Russian planes were shot down in 30 hours. This is the result of the high combat prowess of the Ukrainian fighter pilot. The Ministry of Defense also emphasized: “The Kiev ghost may be one of the experienced reserve military pilots who immediately returned to the ranks of the army after the invasion.”

well-known blogger Sergei Naumovich He posted the alleged air combat video on social media and commented “Great! A good fighter pilot should be an expert in terrain, hide at a very low altitude, suddenly hit the enemy, and attack from behind. Hero of Ukraine!”

After the appearance of the “Phantom of Kiev”, news emerged on social media today about a soldier of the Ukrainian Ground Forces named “Ukrainian Reaper”, who allegedly killed more than twenty Russian soldiers alone in combat.

This is what is happening in Europe

Mandatory in Austria and Greece – Corriere.it