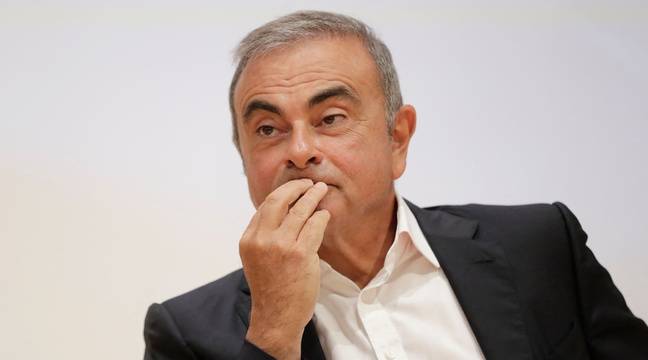 Three French judges arrived on Sunday evening in Beirut (Lebanon) to continue their investigations into the investigation conducted in Nanterre against Carlos Ghosn, the former head of the Renault-Nissan alliance, AFP has learned from a source familiar with the matter.

The close source said that Nanterre judges intend to stay until Thursday in Beirut, when they must in particular hear witnesses. This trip paves the way for a possible change in the status of Carlos Ghosn, who has been living in Beirut since his escape from Japan at the end of 2019. In concrete terms, French justice could ask the Lebanese public prosecutor to “communicate the charges” to Carlos Ghosn – the equivalent of an indictment in France – or issue an arrest warrant for him.

This is the second trip for French judges in this case: last June, Carlos Ghosn was heard for a free five-day hearing, for investigations targeting him in Nanterre, but also in Paris, as part of an international rogatory. At the end of the hearing, his lawyers said he was “happy” to be able to “explain his position”. However, he refused to answer questions based on a hard disk, which he considers “stolen by Nissan in Lebanon” and “maybe it has been modified”, according to what was stated in his interview published in Paris February 12.

According to another source familiar with the matter in Agence France-Presse, the witness hearings, which will be held this week in Lebanon, can be linked to this hard drive. The former auto tycoon is being targeted in France by two legal actions: in Paris, for consultancy services entered into by RNVB, the Dutch subsidiary that embodies the Renault-Nissan alliance, with former French Minister of Justice Rachida Dati and criminologist Alain Bauer and in Nanterre, in particular for the misuse of assets companies and money laundering. In Nanterre, investigators are deeply interested in nearly 15 million euros in payments deemed suspicious between RNBV and the distributor of the French car maker in Oman, Suhail Bahwan Automobiles (SBA).

Had to stay in Lebanon

Carlos Ghosn replied, in Parisian. The judge also suspects that he obtained personal benefit from a sponsorship agreement between Renault and the foundation that runs the Palace of Versailles, by organizing two evenings there, which he objects to.

An Interpol arrest warrant has targeted the 67-year-old former businessman of Lebanese, French and Brazilian nationalities who has been forced to remain in Lebanon since his dizzying flight from Japan in December 2019. Arrested in November 2018 in Tokyo, he justified his escape by claiming that he wanted to “escape injustice.” ,” denouncing a “plot” on the part of the Japanese authorities.

Results of the Melate Retro 1208 draw for yesterday, Saturday, April...

Ford will split into two divisions and will appoint a former...