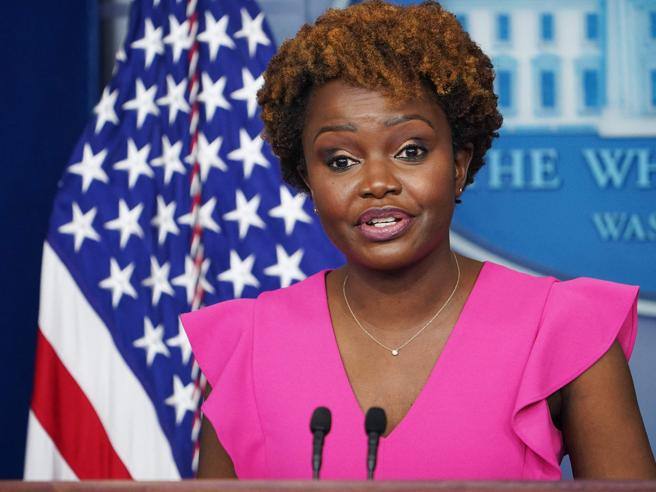 Karen-Jean-Pierre will be the new White House spokeswoman in place of Jane Psaki, who will step down on May 13.

US President Joe Biden has announced that Karen-Jean-Pierre will be the new White House spokeswoman in place of Jean Psaki, who will step down on May 13. Jean-Pierre is currently the current Deputy Spokesperson. She is the first African American woman to hold this position.

Karen not only has the experience, talent, and integrity needed for this challenging task, but she will continue to lead the way in delivering the work of the Biden-Harris administration on behalf of the American people. Jill and I have known and respected Karen for a long time, President Biden said, and she will be a powerful voice for me and this administration, and he thanked Psaki for his service to the country.

Karen Jean-Pierre, born in Martinique and raised in New York, graduated from Columbia University And a longtime advisor to President Biden, where he held high-level political and communications positions in the Biden administration, Biden’s election campaign, and then Vice President Biden in the Obama administration. Before his role in the campaign, he was Chief Public Affairs Officer to MoveOn.org and political analyst for NBC and MSNBC. Jean-Pierre was also a director For the White House Office of Political Affairs during the Obama and Biden administrations and Deputy Director of President Obama’s 2012 reelection campaign. For President Martin O’Malley, Campaign Director for the Reproductive Freedom Initiative of the ACLU and Deputy Chief of Staff and Director of Legislation and Budgetary Affairs for two New York City Council members. Previously, he worked in Center for Community and Corporate Ethicsprompting large corporations to change their business practices and a published author.