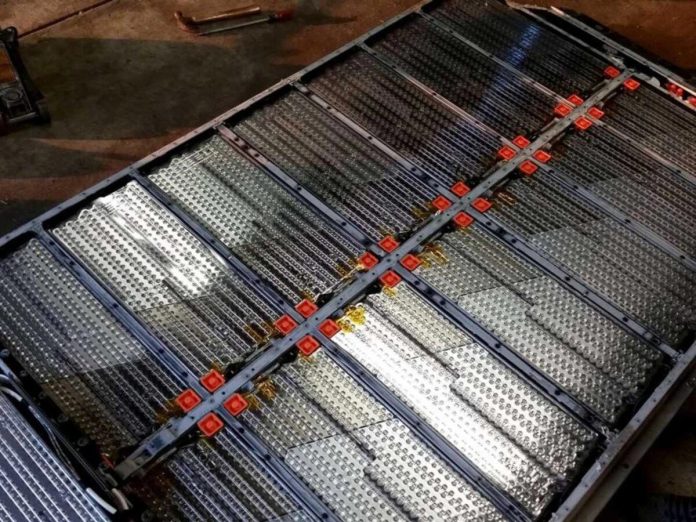 As prices continue to rise, potential buyers are thinking more about their value in the long run. Especially since the electric car battery is one of the most expensive parts to replace, which makes its life extremely important. Here’s why this report is important.

It’s hard to have enough hindsight to fully understand the wear of electric car batteries over time. First, modern electric cars are relatively new. In addition, the sales volume was initially insignificant, which does not allow to carry out full statistical studies.

However, Tesla has relayed a lot of data about the wear and tear of the batteries of its early models, particularly the Model S (2013) and Model X (2016). These are recently updated models, but there are already thousands of copies on the roads that have traveled tens of thousands of kilometers.

As you’ll see, batteries always degrade as a car travels thousands of miles and over years of driving. As a reminder, not only is Tesla a designer and manufacturer of electric cars, it also designs the large batteries that power its cars. Each year, new progress is made and research continues. The goals are always to find ways to improve cost and efficiency without sacrificing sustainability. Recently, we were also able to discover new Propulsion Model 3 LFP (lithium-iron-phosphate) batteries.

All this is to tell you that the numbers that Tesla has quoted regarding older vehicles with batteries has already evolved a lot. In short, it’s time to pay attention to the 2021 Impact Report, which details, among other things, how electric batteries deteriorate over the distance traveled. This information can be found on page 67 From this 143-page document.

In short, Tesla mentions that The batteries used in Tesla cars are designed to last the life of the car, which means that the cost of replacing a Tesla battery may not be relevant when estimating the long-term value. In a tweet, Tesla pressed this point further, suggesting that the battery is designed to withstand the life of the car.

Battery longevity is critical. Every battery we make is designed to last the life of your car pic.twitter.com/ZbTzQN55u4

The US manufacturer has included a graph showing the durability of the Tesla Model S and X battery capacity against the mileage. This graph shows a rapid decrease of a few percent from the peak charge level during the first few thousand miles and then a roughly linear gradual decrease over the course of thousands of miles. 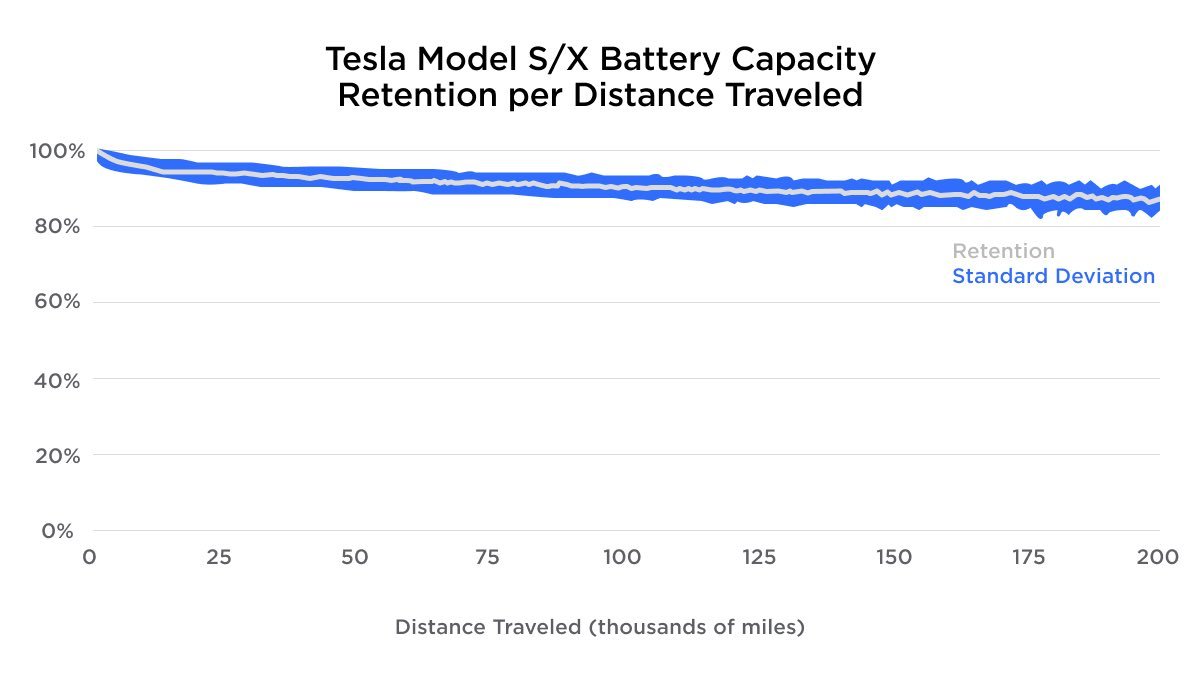 At the 200,000-mile mark (about 320,000 km), the graph only reveals a 10% loss in battery capacity, which is impressive. Additionally, Tesla notes that the cars were scrapped after nearly 300,000 miles of use in the United States, making the claim that the battery is longer than the car is believable with these numbers.

However, the numbers are less optimistic for Europe where Tesla says the cars are designed to last around 240,000 kilometres. Finally, note that the cheaper Model 3 and Model Y are not shown on the graph, in fact, they are very new. 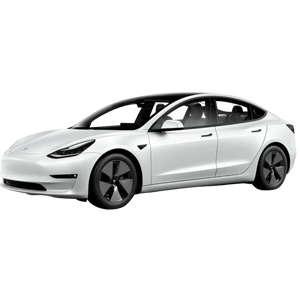 A vehicle with little use can degrade with fewer kilometers covered

In the exact version of the 2021 Tesla Impact Report, it was noted that age also affects battery life, and a car that is driven more frequently and for longer will be more in line with these expectations. A vehicle with little use can degrade with fewer kilometers coveredSimply because of the battery life.

Tesla also notes that these numbers only apply to the old battery formula. Newer chemicals, such as the iron-based batteries discussed earlier in the article, will need more data before you can accurately assess their degradation.

As a reminder, Tesla offers a “standard limited warranty” of 4 years or 80,000 km, whichever comes first; and up to 8 years or 240,000 km, with a minimum retention of 70% of battery capacity during the warranty period for the S and X models.

Vulnerabilities patched in Firefox and Thunderbird