Persia Digest
Home World What will be discussed in G20 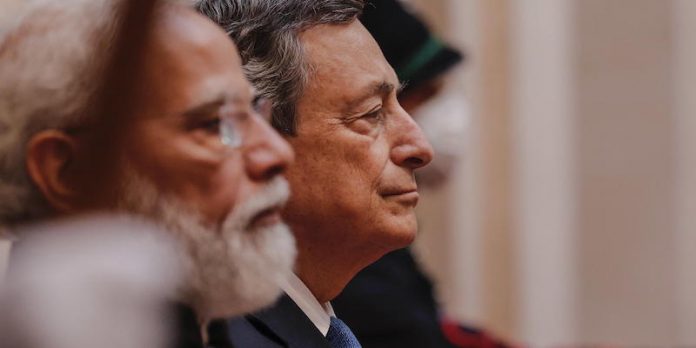 Saturday morning in Rome will officially begin the meeting of the Group of Twenty, that is, the leaders of 19 of the most industrialized countries in the world as well as the European Union, organized to try to find a common position before the next COP26, the annual conference on structured climate. by the United Nations.

Italy will chair the G20 meeting, then Prime Minister Mario Draghi. The start is scheduled for 11.45 at the Rome Congress Center, the so-called “Novola”, in the eurozone. Meetings should end tomorrow afternoon, until 4.15pm available Final press conference for Draghi. But for now, the outcome of the meeting is still somewhat uncertain.

COP26 is considered one of the most important climate conferences in recent years: we will try to figure out a way to ensure that countries comply with the commitments to reduce greenhouse gas emissions that they made with the Paris Agreement in 2015. Well, however, part of the success of COP26 will depend on the commitments made by most of the industrialized countries of the world Essentially the commitments of the Group of Twenty, which are responsible each year for about 80 percent of polluting emissions.

The financial times Writes That Draghi, in agreement with the European Union, would seek to compel G-20 leaders to achieve climate neutrality – that is, a net-zero equilibrium – by 2050, and to keep global warming below 1.5°C, as decided in Paris. In light of these goals, Draghi will also try to find a compromise on a more realistic and closer common goal, such as reducing emissions by 30% due to methane by 2030 (compared to 2020 levels).

See also  Could Biden do more about abortion?

The success of the meeting will be conditioned on the positions of China and Russia, two of the most polluting countries in the world, whose leaders Xi Jinping and Vladimir Putin will attend only from a distance.

In addition to talking about the climate, G20 leaders will also have to agree once and for all to introduce a global minimum tax on the profits of large multinational corporations, which is set at 15% and Decided at the beginning of October by representatives of 136 countries under the coordination of the Organization for Economic Co-operation and Development. The new global minimum tax is expected to start from 2023 can bring In general, about 150 billion dollars a year. The European Union has already announced that it already intends to introduce it by the end of 2021.

However, not much will be said about the coronavirus epidemic: in September, a major event organized at the United Nations was held with the participation of industrialized countries They reaffirmed their commitment To distribute millions of doses of the vaccine to the poorest countries.

Regarding safety, the level of concern on the part of the Italian Ministry of the Interior is very high, especially after what happened on October 9 withAssault on the national headquarters of CGIL During the demonstration against the green lane.

In particular, the Ministry of the Interior is developing a prevention and safety system around the event that will start on Saturday from Piazzale Ostiense to head towards Bocca della Verità. It was organized by popular unions, some social centers in Rome and possibly far-left and anarchist groups from other parts of Italy and from abroad. Any initiatives of the No Vax and No Green Pass groups are also taken care of.

See also  Here's who's on top of integration today - Corriere.it