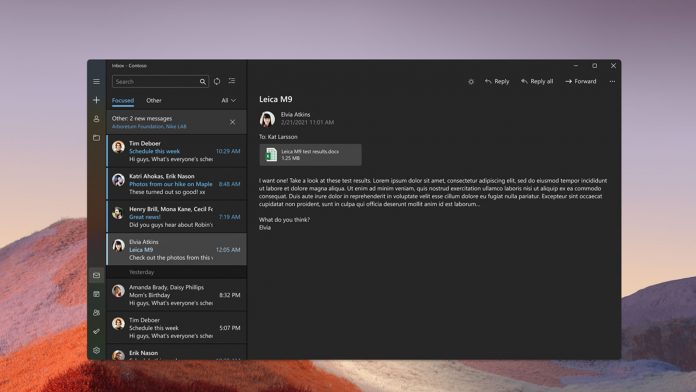 Windows 11 is still far from the final version and complete completion. Interested users are already exploring the operating system via Microsoft’s preview program. There’s something new to be seen in there from now on – but for now, only via the developer channel. Microsoft has adapted the first system apps to the new look of Windows 11 and also changed some functions. For example, if you want to create and edit a screenshot, you will no longer need multiple apps for that in the future. Instead, Windows 11 combines a new snipping tool with the ability to crop screenshots and add notes and comments. Until now, you also need the Snip & Sketch app for this.

To open the new Snipping tool, take a screenshot by pressing the Win, Shift, and S key combination at the same time. The application menu then opens – in the new Windows 11 design if you wish. Alternatively, you can define your own theme for the app. The same applies to the new pocket calculator, which you can also adapt to the new operating system or to an individual theme. According to Microsoft, the application has been completely rewritten in the C# programming language and, in addition to the simple mode for simple calculations, provides the option to prepare complex equations and display them in graphs. A calculator for currencies and units is also available. Programmers are happy to have their own mode for their own requirements.

Last but not least, Microsoft has given its mail client and calendar an update and adapted them to the design of Windows 11 – among other things with rounded window corners and addressing the respective Windows theme. More details and images for individual applications can be found in the official
Windows Blog
.
See also  Top 10 Nintendo Console Games

He explained the differences between New-Gen and Last-Gen consoles